Dr. Yehuda Mirsky will explore the deeper historical dynamics driving contemporary controversies over “Who is a Jew” and Israel’s character as a Jewish Nation-state. 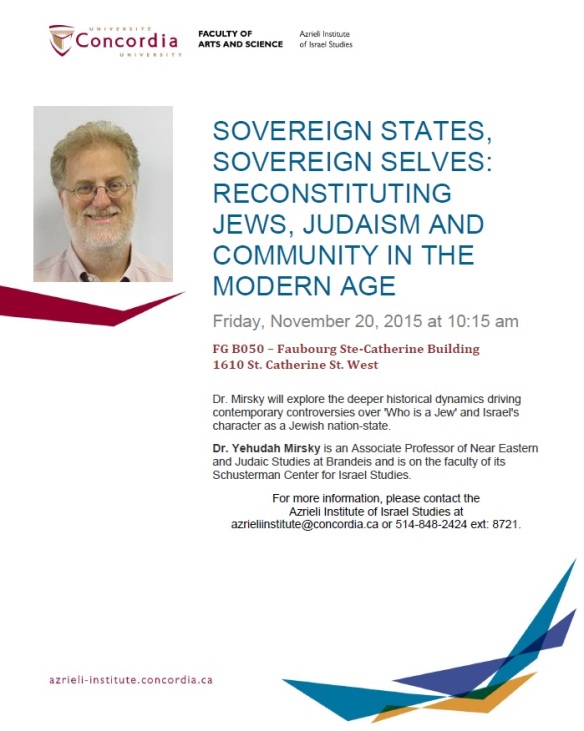 The Israeli State recently announced that it may begin to use genetic tests to determine whether potential immigrants are Jewish or not. This development would demand a rethinking of Israeli law on the issue of the definition of Jewishness. In this article, we discuss the historical and legal context of secular and religious definitions of Jewishness and rights to immigration in the State of Israel. We give a brief overview of different ways in which genes have been regarded as Jewish, and we discuss the relationship between this new use of genetics and the society with which it is co-produced. In conclusion, we raise several questions about future potential impacts of Jewish genetics on Israeli law and society.

This article offers an overview of the empirical research on the new second generations in the Israeli setting, while highlighting the sociological problématique emerging from the data. It summarizes key empirical findings on the second generation of immigrants from the Former Soviet Union, Ethiopia, and children of migrant workers, and it introduces new variables and theoretical angles that have recently emerged within the Israeli context of immigration, such as transnationalism and inequalities based on race, nationality, religion, and citizenship. We argue that by introducing these analytic parameters, the Israeli research agenda on immigrants’ second generation should expand beyond replication of the questions applied toward the massive immigration waves of the 1950s.