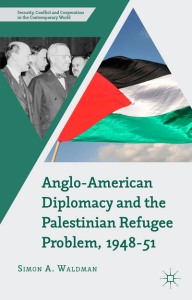 This volume examines British and US attitudes towards the means and mechanisms for the facilitation of an Arab-Israeli reconciliation, focusing specifically on the refugee factor in diplomatic initiatives. It explains why Britain and the US were unable to reconcile the local parties to an agreement on the future of the Palestinian refugees.

SIMON A. WALDMAN is Lecturer in Middle Eastern Studies at King’s College London, UK. He teaches the Arab-Israeli Conflict, statebuilding in the Middle East and Turkish history and politics.