Fischer, Shlomo. “The Crises of Liberal Citizenship: Religion and Education in Israel.” In Religious Education and the Challenge of Pluralism (ed. Adam B. Seligman; Oxford and New York: Oxford University Press, 2014): 119-49. 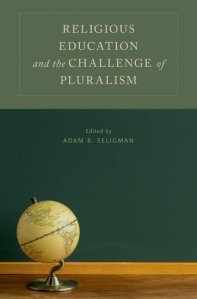 The religious Zionist community is starting to understand the place of civics and citizenship within the new Israeli public discourse, and it wishes to be part of that discourse. It understand, too, that it can make its own unique communitarian or republican contribution to that discourse, but it understands two further things as well: it understands that if it entirely disregards the liberal citizenship discourse of individual human and civil rights, of tolerance and of pluralism, it will lose its ability to communicate with the larger Israeli public. Much to its chagrin, it has all ready experienced such a break in communication during the Disengagement from Gaza in 2005. It discovered then that it had no allies in the Israeli public sphere to help it prevent the evacuation of seventeen settlements in the Gaza strip. It wishes very much to reestablish lines of communication in order to prevent a reoccurrence of that event. Secondly, it understands that it cannot seriously offer a citizenship discourse for the entire community if it offers no modicum of inclusion, of membership, and of tolerance to the non-Jewish minorities of the country. Alongside its communitarian and republican orientation, and alongside its integral nationalist demands that Israel remain a Jewish country, it must find room for the other non-Jews, even the Palestinians. Hence, it seeks from within the Jewish tradition resources of tolerance and inclusion. Only time will tell whether it actually achieves a new synthesis of nationalism and democracy, and of republicanism and inclusiveness.