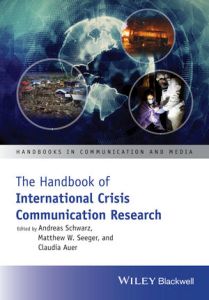 Gesser-Edelsburg and Zemach (2012) explored CC strategies used by Israeli Prime Minister Benjamin Netanyahu to deal with the December 2010 Carmel forest fire disaster. Ostensibly, this crisis belongs to the national type, but the focus on the prime minister moves it to the individual crisis category… They concluded that Netanyahu made effective use of CC principles including inclusion, clarity, and addressing the public’s values and norms. They claimed, however, that those strategies were used to produce what they labeled “cover-up risk communication,” because the end result was a cover-up of a failure rather than an admission of malfunction and willingness to correct defects. The analysis is interesting but the conclusion ignored important measures applied by the government in the post-crisis era. While the government refused to admit guilt, it took immediate and bold measure to correct the defects.

This article analyses the evolving uses of social media during wartime through the IDF (Israel Defense Forces) Spokesperson Facebook and Twitter accounts. The conflict between Israel and Hamas-affiliated groups in November 2012 has generated interesting data about social media use by a sovereign power in wartime and the resultant networked discourse. Facebook data is examined for effective patterns of dissemination through both content analysis and discourse analysis. Twitter data is explored through connected concept analysis to map the construction of meaning in social media texts shared by the IDF. The systematic examination of this social media data allows the authors’ analysis to comment on the evolving modes, methods and expectations for state public diplomacy, propaganda and transparency during wartime.

This article analyzes the process of mediatization in the legal sphere in Israel. It maps the reciprocal relations between legal professionals and journalists in Israel, and examines the impact of the changes that have occurred in the media on the press coverage of the courts, on legal decision-making and on the legal process. Interviews with judges, lawyers and journalists reveal that, despite evidence of the mediatization of the legal sphere, a number of factors serve to contain this process. We suggest the concept of “judinalism” to describe the changed arena of interaction in which there are contradictory processes of acceleration and moderation of the impact of the media on the legal realm in Israeli society.