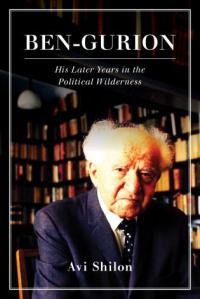 This is the first in-depth account of the later years of David Ben-Gurion (1886–1973), Israel’s first Prime Minister and founding father. One of the first to sign Israel’s declaration of independence and a leading figure in Zionism, Ben-Gurion stepped down from office in 1963 and retired from political life in 1970, deeply disappointed about the path on which the state had embarked and the process that brought about the end of his political career. He moved to a kibbutz in the Negev desert, where he lived until his death. Robbed of the public aura that had wrapped him for decades, his revolutionary passion, which was not weakened in his 80s, pushed him to continue seeking social and moral change in Israel, a political solution to the Israeli-Arab conflict, and to conduct a personal and national soul-searching about the development of the State he himself had declared.

Based on his personal archives and new interviews with his intimate friends and family, the book reveals how the founding father explored the Israeli establishment he created and from which he later disengaged. It provides a thorough examination of the decisive moments in the annals of Zionism as revealed through the lens of Ben-Gurion’s worldview, which are still relevant to present-day Israel.

Part I
Chapter 1: Last Dance
Chapter 2: By all Means
Chapter 3: Grief of Victory
Chapter 4: My Way

AVI SHILON is a historian and journalist, whose articles have been published in all of Israel’s major newspapers: Ma’ariv, Globes, Israel Hayom. He currently writes a weekly column in Ha’aretz.

Drawing mainly on the diary of Israeli politician Moshe Sharett, this article examines the circumstances surrounding his forced resignation as foreign minister in 1956. It was Prime Minister David Ben-Gurion who insisted on Sharett’s removal but refused to reveal his reasons publicly. This examination of why Sharett was sacked also offers wider insight into conflicts between activism and restraint within Israel’s political and military elite in the lead-up to the Sinai War.

This analysis of Benjamin Netanyahu compiles a vast amount of information about his operational code. The overarching conclusion drawn was that,as a general theme, he is indeed hawkish and shows realist characteristics. However, there is a large amount of nuance in his decision making and world view described and revealed in qualitative analysis. Case studies showed that Netanyahu’s discourse about both Iran and Palestine has changed somewhat over time, but that his general tendencies and feelings seem to have not. Also, and perhaps most intriguingly, it was discovered that Netanyahu’s professed operational code disguises much of his nature. In his speaking, and to a lesser extent in his social media, Netanyahu manages to portray himself and his strategies as pursuant to peace. In 162reality, they may bring order and quiet, but are not likely to create sustainable peace. This characteristic is particularly interesting, as it may relate to the appeal of polarizing leadership in general. Perhaps it resonates with a constituency to hold up high ideals, but deny their possibility, thus leading followers to accept a more rational—maybe better read as “conflictual”— approach. It is possible that Netanyahu really does wish to have peace, but feels that only order and quiet are attainable. This would fit his realist tendencies as well as some of the conflicts within his own operational code. Knowing this for sure may be outside of the realm of what can be achieved by observing a politician from a distance, however, functionally speaking, this study can confirm that power is the main language that Netanyahu seems to understand.

The Taub Center organizes regular workshops for graduate students and faculty in the field of Israel Studies at NYU and other universities in the tri-state area. The regional workshops are an opportunity for students and faculty to present and discuss their respective areas of research. The workshops also serve as an important forum for networking and strengthening the field of Israel Studies.

This article marks the fiftieth anniversary of the establishment of diplomatic relations between the Federal Republic of Germany and Israel. It is divided into two parts, assessing the status of this unique relationship in 2015 and in 1965, respectively. Angela Merkel’s recent criticism of Benjamin Netanyahu’s stance on the peace process with the Palestinians and the heavy protests that took place in Germany in the wake of Operation Protective Edge in Gaza in summer 2014 have cast doubt on the strength of the bilateral partnership fifty years after the first exchange of ambassadors between the two countries. However, by examining the state of German–Israeli cooperation in a number of areas (security, commerce and knowledge exchange, among others), the first part of the article challenges popular interpretations of contemporary German–Israeli relations as being ‘at a nadir’. Fifty years ago, Chancellor Ludwig Erhard proposed to his Israeli counterpart Levi Eshkol the establishment of diplomatic relations between the two countries amid a severe political crisis in Bonn, following a visit of the East German leader Walter Ulbricht to Gamal Abdel Nasser. While much has changed since then, the second part of the article argues that looking at the momentous events of 1965 can provide useful reference points for understanding the current state of relations between Germany and Israel. 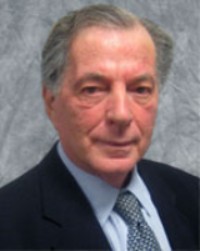 Ambassador Itamar Rabinovich is founding President of the Israel Institute, a Distinguished Global Professor at New York University, and Non-Resident Distinguished Senior Fellow at the Brookings Center for Middle East Policy. He is Professor Emeritus of Middle Eastern History at Tel Aviv University and the University’s former President. From 1992-1996, he was Israel’s Ambassador to the United States and chief negotiator with Syria. Ambassador Rabinovich’s most recent books are The Lingering Conflict: Israel, The Arabs and the Middle East (2011) and The View from Damascus (2009). He is a member of the American Philosophical Society, a foreign member of the American Academy of Arts and Science and a member of the Trilateral Commission.

While intellectuals engaged in public advocacy long before the term ‘public intellectual’ was coined, it was largely Emile Zola’s cry ‘J’accuse’ during the Dreyfus Affair in late nineteenth-century France that gave rise to the expectation that intellectuals ‘speak truth to power’. Yet, while many twentieth- and twenty-first-century intellectuals have spoken to power either as critics or as ‘fellow travellers’, their public engagement has always been accompanied by the question of legitimacy: why should their opinions be valued more than those of coachmen, shoemakers or, for that matter, Facebook users? The intention in this article is to partly address this question by investigating the strategies of legitimisation and validation used by public intellectuals in their political argumentation. Focusing on one case study – the long, burdened and erratic relationship between Israel’s writers and scholars, and the country’s prime ministers – I propose three main sources of validation used by public intellectuals: their preoccupation with ideas, their historical knowledge and their reputation. I illustrate these three modes of validation by analysing open letters written by theologian Martin Buber, philosopher Nathan Rotenstreich, historian Jacob Talmon, novelists Amos Oz and David Grossman, and others to Israel’s prime ministers from 1948 to the present, showing how the three modes evolved in response to the respective prime ministers’ attitudes towards the political involvement of intellectuals and how they were combined by public intellectuals in need of effective strategies to legitimise their stand in given political situations. I then try to assess the effectiveness of such strategies and conclude by noting the challenges posed to public intellectuals today by new players in the market of ideas, especially bloggers using new sources of validation, such as their closeness to the grassroots, in their political argumentation.

This article illuminates one of the many facet of Ben-Gurion’s leadership that had an impact on his public image – his stance on fertility and childbirth, during the years 1936–63. The article outlining Ben-Gurion’s thoughts on the birthrate in Mandatory Palestine and the State of Israel, analyse the developments in his views over the years and the reasons for it. His perception of the Jewish national importance of boosting the birthrate grew over time in keeping with historical developments and the soaring natural increase of the Arabs. In the first stage, births were important to him due to the need to create a Jewish majority that would pave the way for a Jewish state. In the second stage, once this goal had been achieved, it was out of concern for the security and stability of the state – in this stage, however, he built his leadership as a prime minister of all Israel citizens, including the Arabs. The analysis demonstrates, therefore, that Ben-Gurion’s approach was characterized by dualism. The reasons for this dualism as well as Ben-Gurion’s image as a ‘godfather of fertility’ are the focal point of this article.

Click here for a full Table of Contents (PDF).

Why do hawkish leaders change course to pursue dovish policies? In Why Hawks Become Doves, Guy Ziv argues that conventional international relations theory is inadequate for explaining these momentous foreign policy shifts, because it underestimates the importance of leaders and their personalities. Applying insights from cognitive psychology, Ziv argues that decision-makers’ cognitive structure—specifically, their levels of cognitive openness and complexity—is a critical causal variable in determining their propensity to revise their beliefs and pursue new policies. To illustrate his point, he examines Israeli statesman Shimon Peres. Beginning his political career as a tough-minded security hawk, Peres emerged as one of the Middle East’s foremost champions of Israeli-Palestinian peacemaking. Drawing on a vast range of sources, including interviews with Peres and dozens of other political elites, archival research, biographies, and memoirs, Ziv finds that Peres’s highly open and complex cognitive structure facilitated a quicker and more profound dovish shift on the Israeli-Palestinian conflict than his less cognitively open and complex rivals.

Arnon Lammfromm’s book presents the politics of Levi Eshkol (1895-1969), one of the founding figures of modern Israel, who led its economic growth as its Minister of the Treasury (1952-1963). As Prime Minister (1963-1969) he led the country while facing complex challenges, such as overcoming the Arab threat which reached its peak in the Six Day War, as well as adjusting the economy to changing needs through the steps of austerity. Eshkol had to step into the big shoes of Ben-Gurion, confront and overcome him. He also succeeded, for the first time in Israeli history, to sign a formal and secret memorandum with the United States which served as one of the foundations of the military victory in 1967.

Lammfromm’s main argument is that Eshkol built his career as a “bureaucratic” leader who specializes in many areas, but not as a “charismatic” leader (drawing on Max Weber’s terminology), since his rhetorical abilities were limited. As long as he made use of his capabilities as a bureaucratic leader he was able to compensate for his charismatic weaknesses. But since 1966 he diminished his use of his bureaucratic abilities, increasing his political weakness, and eventually costing him the defense ministry on the eve of the Six Day War.