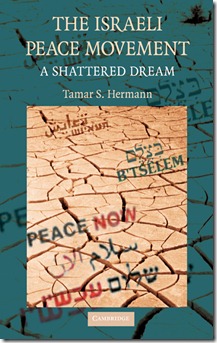 Combining peace studies, cultural studies and Critical Discourse Analysis (CDA), this study demonstrates a Cultural approach to Critical Discourse Analysis (CCDA) of political peace discourses. Inspired by the UNESCO definition for the ‘culture of peace’, the study offers two peace discourse models: a supportive peace discourse versus an oppressive one. From a theoretical perspective, CCDA enables a culturally comparative study of ‘peace’, its conceptual boundaries and semantic margins. From a practical perspective, application of such an approach within ‘local’ discourses may remove unique obstacles and cultural barriers to the realization of peace processes. Application of the CCDA to Israel’s political peace discourse revealed that use of the term in this discourse served two purposes: first, the construction of the Israeli speaker’s positive self-image as a peace-seeker together with delegitimation of rivals; and second, the facilitation of public acceptance of strategically problematic actions, primarily use of military violence, by their presentation as part of the peace discourse.

The article focuses on groups and individuals who promoted the ideological options of anti-militarism and pacifism in the period immediately preceding the birth of the State of Israel and during its first decade. It presents the struggles of the Ihud group against the spreading of the Masada myth and positioning the IDF at the center of the Israeli collective cognition and of the Organization of War Resisters in Israel against the universal conscription and legal negation of the conscientious objection option. It sheds light on the long-forgotten absolute pacifism of two individuals—Natan Hofshi and Yosef Abilea—who were involved in the above organizations but also preached against what they saw as the dangerous taking over of the militaristic state of mind in the late pre-state days and early statehood.

Palestine Under the Mandate

Teaching the Children to Play: The Establishment of the First Playgrounds in Palestine During the Mandate

Reception of the Developmental Approach in the Jewish Economic Discourse of Mandatory Palestine, 1934-1938

Diverging Goals: The French and Israeli Pursuit of the Bomb, 1958-1962

From Warfare to Withdrawal: The Legacy of Ariel Sharon

Drawn from the ethnography of Mizrahi feminist activism, my essay partakes of Michael Selzer’s 1967 monumental The Aryanisation of the Jewish State. It analyses the oratory process through which Israel’s feminist ‘Peace Camp’ racinates the question of Palestine. While this camp

opens up for the Palestinian nationalist feminist, allowing her space between her ‘nation’ and ‘race’, it manages to transcend its colonialist deracination of the Mizrahim, Israel’s demographic non-European majority. The essay argues that the racinated Mizrahi is not allowed to enter either the peace-club or any sites of the tight-knit Israeli cultural-economic elites promoting the Oslo Peace Process. Such deracinated peace-witchcraft is rarely practised to improve the disenfranchised lived realities of most (poor) Mizrahim, who often resort to charities, right-wing and/or ultra-orthodox by default. Paradoxically, however, these progressive feminists admit their bounds of race through the appropriation of postmodern-queer-multicultural-border postures to apologise for their domination of the public peace sphere.

Kadima goes back: the limited power of vagueness
Pages 31 – 50

Stability in the Haredi camp and upheavals in nationalist Zionism: an analysis of the religious parties in the 2009 elections
Pages 82 – 104

Abstract: If there is any social organization that has provided a powerful illustration of the permeable boundaries between social politics—defined by Stephen M. Buechler as ‘‘forms of collective action that challenge power relations without an explicit focus on the state’’—and social movements, and the role of collective identity in transforming either, as defined for women by Betty Friedan—it would be the Israeli kibbutz movement. The research presented here on grassroots Israeli women activists, a significant proportion of whom had grown up or had lived in a kibbutz, suggests that the social politics of everyday life on a kibbutz facilitated women’s participation in larger social movements for peace, but also placed constraints on their activism. Many of these women had left or were in the process of leaving the kibbutz between 1989 and 1999, when this research was conducted. Those who had already left, and anchor women who organized urban demonstrations, saw the kibbutz as a conservative anti-woman force. Nonetheless, evidence gathered from qualitative interviewing with them suggests that the kibbutzim supported women who were politically active on national issues. Several women-led social protest movements illustrate how the kibbutz geared its members to think about the interplay of the moral and social orders in the small spaces of everyday life.