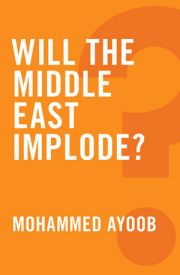 The educational curriculum produced by the Fatah-led Palestinian Authority (PA) is said to be situated on the intellectual basis of faith in Allah. The curriculum presents Islam as one of three essential components of the Palestinian identity. The place given to Islam in the educational philosophy and curriculum of the PA signifies a departure from the place given to Islam in the PLO’s earlier documents and Fatah’s earlier discourse; in fact, owing to the elevated position of Islam, the discourse in the curriculum more closely resembles that of the PLO’s Islamist opposition, namely Hamas. This article compares the Palestinian identity discourse as it is presented in the PA educational philosophy (1998) and school curriculum (2000-2006) with the identity discourse in the PLO’s earlier philosophy of education as well as Hamas’ philosophy of education. The explanation for this change in the discourse of the Palestinian nationalist movement takes into account Fatah’s bid to maintain legitimacy in a deeply divided society and Hamas’ challenge to Fatah in the Palestinian arena as well as the background of the Islamic revival across the greater Muslim world.

The World Islamic Conference, held in Jerusalem in 1931 under the auspices of Hajj Amin al-Husayni and the Supreme Muslim Council, marked a turning point in the Palestinian nationalist struggle as well as in the struggle between the two main factions—the more extremist one led by Hajj Amin and the more moderate Opposition—for control of the Palestinian leadership. The Conference, though co-sponsored by Shawkat `Ali and the Muslim Indian Congress, and ostensibly representative of the worldwide community of Muslims, was effectively dominated by Hajj Amin and his Palestinian supporters. Through his control of its proceedings, Hajj Amin was able to redefine the Palestinian nationalist cause as essentially a pan-Islamic one, in connection with the perceived need to defend the Muslim holy sites in Jerusalem against Zionist encroachment. Contrasted here with the World Islamic Conference (and held concurrently with it) is the Second Arab Orthodox Congress. Whereas the World Islamic Conference sought to redefine an issue arguably specific to Palestine as pan-Islamic, the local Christian Orthodox community, in keeping with its desire to Arabise Palestine’s Greek Orthodox Church (hence their self-designation as the Arab Orthodox Church in Palestine), sought to redefine what was essentially a religious matter—concerning the succession of the Orthodox Patriarch of Jerusalem—in nationalist terms. It was not simply a matter of differing ideological perspectives; defining the cause of the Haram al-Sharif as a pan-Islamic one also served a political objective, namely the enhancement of Hajj Amin’s position vis-à-vis his political rivals. Nonetheless, whatever the motivations involved, this development was a factor in the marginalisation of the Christian Arab component of the Palestinian nationalist movement. Whereas at the start of the British Mandate they had played a role disproportionately large relative to their actual numbers, by its end, their role in the nationalist movement had diminished almost to the point of near inconsequence, as evidenced, for instance, by their marginal involvement in the Arab Revolt (1936-1939).