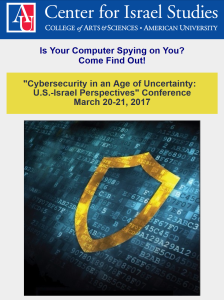 Do users tend to consume only like-minded political information online? We point to two problems with the existing knowledge about this debate. First, the measurement of media preferences by the typical means of surveys is less reliable than behavioral data. Second, most studies have analyzed only the extent of online exposure to like-minded content, not the users’ complete web-browsing repertoire. This study used both survey data and real-life browsing behavior (661,483 URLs from 15,976 websites visited by 402 participants) for the period 7 weeks prior to the 2013 Israeli national elections. The results indicate that (1) self-report measurements of ideological exposure are inflated, (2) exposure to online ideological content accounted for only 3% of total online browsing, (3) the participants’ media repertoires are very diverse with no evidence of echo chambers, and (4) in accordance with the selective exposure hypothesis, individuals on both sides are more exposed to like-minded content. The results are discussed in light of the selective exposure literature.

While a patriotic tendency in traditional journalism has been intensively investigated, there is much less evidence and fewer analyses of the phenomenon regarding online journalism. In this research, three main indicators of patriotic journalism are addressed: adopting governmental framing, expressing solidarity with the community, and ignoring the enemy’s narratives and positions. These indicators are investigated while analyzing online coverage of a confrontation between Israel and Hamas. A total of 192 online news items on three Israeli news websites were analyzed, in addition to 8344 user comments. The findings reveal that journalists behaved in a patriotic manner like their counterparts from the traditional media. However, users thought it was not patriotic enough. The authors argue that while patriotic behavior in traditional journalism has been often considered as deviant from the traditional objective model of journalism, in the online interactive environment, patriotic coverage of national conflicts might be seen as a natural part of the journalistic work.

Abstract
In this study, the relationships between cyber bullying and involvement in traditional bullying, with reference to social support and gender differences, was examined. Social support plays an important role in empowering victims of cyber bullying and has a significant influence on children and teenagers’ well-being. A sample made up of 458 Israeli junior high students (242 female, 216 male) in the age range of 11 to 13 completed 4 questionnaires. Results indicated that there is an overlap between involvement in cyber bullying and involvement in traditional bullying. The findings indicate that girls were more likely to be cyber victims than boys and that boys were more likely to be cyber bullies than girls. Examination of the relationships between gender and social support variables such as friends, family, and others, shows that girls who were cyber victims reported having more support in all 3 types than cyber bullied boys. These findings can serve as a basis for prevention and intervention programs to cope with cyber bullying.

Walther, Joseph B., Elaine Hoter, Asmaa Ganayem, and Miri Shonfeld. “Computer-Mediated Communication and the Reduction of Prejudice: A Controlled Longitudinal Field Experiment among Jews and Arabs in Israel.” Computers in Human Behavior 52 (2015): 550-558.

Abstract
The goal of this research was to examine how Israeli chemistry teachers at high school level use Facebook groups to facilitate learning. Two perspectives were used: Teachers’ TPACK (Technological Pedagogical Content Knowledge) and the self-efficacy beliefs of chemistry teachers for using CLFG (chemistry learning Facebook groups). Three different case studies were chosen and qualitative and quantitative research tools were used to learn about the teachers’ self-efficacy beliefs and knowledge. More specifically, a validated questionnaire for measuring teachers’ self-efficacy beliefs for using Facebook and for integrating Facebook into teaching was developed. We show that the initial beliefs (not based on a real acquaintance of Facebook) were replaced by more realistic efficacy-beliefs after the teachers started to work with the CLFG and that the technological support provided to each teacher, together with their mastery experience, supported the development of strong self-efficacy beliefs regarding the use of CLFG. Teachers’ TPACK was investigated by analyzing their interviews and the interactions in their CLFG. We found that the notion regarding what constitutes learning in the CLFG had not changed during the experiment but rather, the teachers knew better how they can facilitate this leaning. In addition they better integrated links to videos and visualizations that supported understanding abstract chemistry concepts. Interestingly, the intervention that was conducted did not influence teachers’ perceptions of learning; however, it was found to serve as an additional tool for supporting their self-efficacy beliefs by providing vicarious experience for the teachers. We therefore recommend performing a longer intervention in the future.

The study is based on Myers-Scotton’s Matrix Language Frame model to examine codeswitching between Arabic and Hebrew, two languages that share significant morphological and syntactic structures. Particularly, this study investigates Druze online communication in the form of face-to-face and written talkbacks found on local websites in Israel. The findings show that Arabic sets the morphosyntactic frame of the mixed constituents, whereas Hebrew provides at least as many morphemes as does Arabic. Combined with the fact that both languages have similarities in their morphological and syntactic structures, this may indicate that Myers-Scotton’s model falls short in its sociolinguistic application to Arabic-Hebrew codeswitching. The sociolinguistic status of the second language, Hebrew, may be far greater than its syntactical status in the Druze sociolinguistic profile.

Purpose
– The purpose of this paper is to contribute to the mapping of the social media discourse involving politicians and their followers during election campaigns, the authors examined Israeli politicians’ Aristotelian rhetoric on Facebook and its reception during the 2013 elections campaign.

Design/methodology/approach
– The authors examined the Aristotelian rhetorical strategies used by Israeli politicians on their Facebook walls during the 2013 elections, and their popularity with social media users.

– Ethos was the most prevalent rhetorical strategy used. On the reception front, pathos-based appeals attracted the most likes. Finally, the results point to some discrepancy between politicians’ campaign messages and the rhetoric that actually gains social media users’ attention.

– The findings indicate that Israel’s multi-party political system encourages emphasis on candidates’ credibility (ethos) in contrast to the prevalence of emotion (pathos) in typical election campaigns in two-party systems like the USA. One possible explanation is the competitive nature of elections in a multi-party system where candidates need to emphasise their character and distinct leadership abilities.

Practical implications
– Politicians and campaign managers are advised to attend to the potential discrepancy between politicians’ output and social media users’ preferences, and to the effectiveness of logos-based appeals.

– The study highlights the possible effect of the party system on politicians’ online rhetoric in social media election campaigns.

This study investigates how webmasters of sites affiliated with bounded communities manage tensions created by the open social affordances of the internet. We examine how webmasters strategically manage their respective websites to accommodate their assumed target audiences. Through in-depth interviews with Orthodox webmasters in Israel, we uncover how they cultivate 3 unique strategies — control, layering, and guiding — to contain information flows. We thereby elucidate how web strategies reflect the relationships between community, religion and CMC. 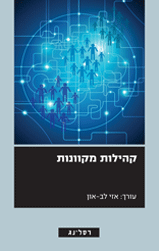 The rapid penetration and intensive use of the Internet in general and online social media in particular allowed for the flourishing of a new type of communities – online communities that share some common traits with traditional geographic communities, but differ from them in other respects.

An online community is a dynamic association of individuals based on a common characteristic or a shared interest as the basis of a social relationship, and whose members engage in sustained interaction through the Internet. The voluntary affiliation of community members, the size of the community, the professionalization of its members and the self-regulation mechanisms that it engenders, helps the development of large-scale networks in which members choose to share information and engage in common interest over a substantial time period. In this way, online communities can be a magnet for large numbers of savvy individuals, and at the same time open a new world of opportunities for them.

Online Communities is a collection of articles written by Israeli scholars who are engaged in online communities of various kinds: parents with special needs children, adolescent girls, social workers, online forums dealing with health issues on the one hand and pro-anorexia communities on the other, and more. The chapters of the book address issues such as the structure and function of these communities, uses and gratifications derived from community membership, as well as methodological issues raised by the study of online communities.

The editor, Dr. Azi Lev-On, studies the social and political uses and influences of the Internet, especially social media arenas such as forums of Ultra- Orthodox women and of political activists, Facebook pages of municipalities and Knesset members, knowledge communities and online venues for public involvement.