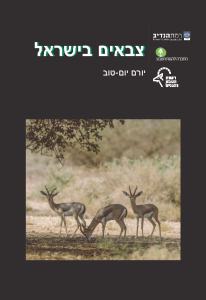 The gazelle graces the planes and the hills of the Land of Israel and is mentioned many times in the Hebrew Bible as a symbol of speed and as a metaphor for beauty.

The purpose of this book is to provide detailed and accessible information for nature-lovers and hikers in Israel on gazelles and deer in Israel. The book summarizes the vast information gathered by a multitude of scholars both from Israel and abroad from the 19th century to present day, including the valuable data of accumulated by the Israel Nature and Parks Authority. 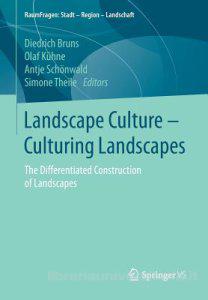 Both case studies demonstrate the power of the landscape as an agent fostering first national and later communal identity. Early planning of Gan HaShlosha and Zippori national parks emphasized the role of the biblical/Hellenistic pastoral landscape in reinforcing a common national identity among the Jewish settlers of Israel. Consequently, the Palestinians’ past was erased from Zippori grounds, as in other places in Israel, and their narrative was silenced.

Due to the failure of the melting pot policy and the emergence of Israel as a multicultural society, contemporary Israeli national parks are designed and managed in order to address the needs of various communities of visitors, and not solely the hegemonic ones. The new clientele includes veteran Jews and new immigrants, various Jewish ethnic groups, ultra-orthodox Jews, Christian pilgrims, and the Palestinians Currently, panning strives to increase the profitability of the parks by recruiting new communities, by enabling mass gatherings and communal cultural events, and by mitigating conflicts among participants. Various stakeholders promote parallel narratives within and surrounding the parks, advancing the parcelization of the area based on time or space zones. Within this relatively enabling system, even the Palestinian narrative of Zippori is marked on the land, in spite of objections based on nationalistic considerations.

This article examines a strategy of peace activism that gained visibility in the last decades: memory activism. Memory activists manifest a temporal shift in transnational politics: first the past, then the future. Affiliated with the globally-circulating paradigm of historical justice, memory activist groups assume that a new understanding of the past could lead to a new perception of present problems and project alternative solutions for the future. Based on ethnographic fieldwork and discourse analysis among memory activists of the 1948 war in Israel since 2001, the article examines the activist production of counter-memory during active conflict. Using Coy et al.’s typology of oppositional knowledge-production, the article shows how the largest group of memory activism in Israel produced ‘new’ information on the war, critically assessed the dominant historical narrative, offered an alternative shared narrative, and began to envision practical solutions for Palestinian refugees. However, the analysis raises additional concerns that reach beyond the scope of the typology, primarily regarding the unequal power relations that exist not only between the dominant and activist production of oppositional knowledge, but also among activists.