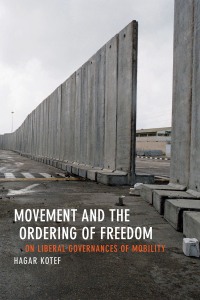 We live within political systems that increasingly seek to control movement, organized around both the desire and ability to determine who is permitted to enter what sorts of spaces, from gated communities to nation-states. In Movement and the Ordering of Freedom, Hagar Kotef examines the roles of mobility and immobility in the history of political thought and the structuring of political spaces. Ranging from the writings of Locke, Hobbes, and Mill to the sophisticated technologies of control that circumscribe the lives of Palestinians in the Occupied West Bank, this book shows how concepts of freedom, security, and violence take form and find justification via “regimes of movement.” Kotef traces contemporary structures of global (im)mobility and resistance to the schism in liberal political theory, which embodied the idea of “liberty” in movement while simultaneously regulating mobility according to a racial, classed, and gendered matrix of exclusions.

HAGAR KOTEF is based at the Minerva Humanities Center at Tel Aviv University.

The very posing of this question is profoundly dispiriting. It shows how bad (that is, not left-wing) the political situation of contemporary Israel is; how radically the Israeli-Palestinian conflict has deteriorated; and how historically ignorant and blindly anti-Israeli today’s American left is. The short answer is: yes, of course. Zionism has been Leninist, socialdemocratic, liberal, secular, pacifist, anti-imperialist, proletarian, even, until this became impossible, binational. It has also been militaristic, authoritarian, bourgeois, racist, religious, messianic, imperialist, and neofascist. 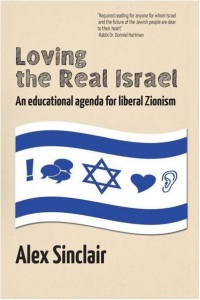 This article presents a critical analysis of New Age culture. We draw on two empirical studies conducted in Israel and show that the lofty notions about freedom from the shackles of socially structured identities and the unifying potential this holds, as well as the claim regarding the basic equality of human beings, are utopian. Blindness toward ethno-national identity reinforces identification with a self-evident hegemonic perception, thereby leading to the exclusion of peripheral groups such as indigenous populations. This exclusion is manifested in the discourse symbolically as well as in the praxis of complementary and alternative medicine, which is one of the main fields in which New Age culture is involved. Thus, the unifying ethos in the New Age culture becomes an illusionary paradise. This article contributes to the study of power relationships between New Age culture in diverse Western countries and the native and peripheral populations of these countries, and to the sociological study of complementary and alternative medicine incorporated into health organizations. 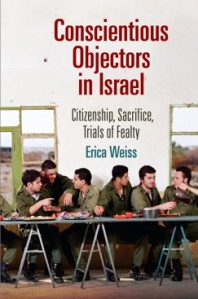 This article focuses on the concept of identity by juxtaposing New Age philosophy and nationalism in the Israeli context. Based on my qualitative research, I deconstruct the Israeli New Age discourse on ethno-national identity and expose two approaches within this discourse. The more common one is the belief held by most Israelis, according to which ethno-national identity is a fundamental component of one’s self. A second and much less prevalent view resembles New Age ideology outside Israel and conceives of ethno-national identities as a false social concept that separate people rather than unite them. My findings highlight the limits of New Age ideology as an alternative to the hegemonic culture in Israel. The difficulty that Israeli New Agers find in divorcing hegemonic conceptualizations demonstrates the centrality and power of ethno-national identity in Israel.

In this article I examine eschatological beliefs and practices among channels in Israel and abroad, and show that they demonstrate an avoidance of traditional, group-oriented political action, and an embrace of alternative, spiritual action performed individually. This is linked to Israel’s shift to a neo-liberal economy and culture in the last few decades, where self-accountability has become the norm. Channeling teaches an extreme version of self-divinity, claiming that a person creates all aspects of his or her life and objecting to outside authority and regulation. It believes in a coming of a New Age of light and that the means to achieve it are personal quests for individual empowerment, which are anticipated to affect the whole world via the “virtual aggregate group,” an energetic reservoir that replaces the traditional group. Channels are engaged in alternative political action, attempting to change the world by virtually pooling spiritual resources.

Two Steps Forward, One Step Back: The Shaping of a Community-Building Discourse among Israeli Pagans
pp. 57-77
Author: Feraro, Shai

This article charts the recent development of Modern Paganism in Israel (1999–2012) and analyzes the discourse maintained by Israeli modern-day Pagans when discussing questions of organization and of religious-political rights. As such it deals with the complexities of identifying oneself as a (Jewish-born) Pagan in Israel, the nation state of the Jewish people. I argue that although Israeli Pagans may employ a community-building discourse, they constantly fear the perceived negative consequences of public exposure. They see the bond between (Jewish) religion and the state in Israel as a main factor in the intolerance and even persecution that they expect from the government and from Haredim (“ultra-Orthodox” Jews). The result of this discourse during the first ten years or so of the presence of Modern Paganism in Israel can be seen through the metaphor of a dance, in which participants advance two steps, only to retreat one.

The notion of consciousness change as a political concept has re-emerged as a central issue in recent Israeli political discourse in diverse and seemingly remote groups. The following is a study of some of the contexts and implications of according primacy to consciousness change in political thought, through the tensions between the highly individualistic character of this discourse and its collective language and aims. I focus on one study case, Rabbi Yitzchak Ginsburgh, a key figure in both extreme settler groups and current New Age Hasidic revival. Analyzing his political writings, I explore his notion of consciousness as the true place of politics. Finally, I return to the question of the context in which Rabbi Ginsburgh’s binding of the political to consciousness should be read, and propose liberal individualism, and the direct line it draws between the individual’s consciousness and that of the state, as an alternative hermeneutical perspective.

Hitbodedut for a New Age: Adaptation of Practices among the Followers of Rabbi Nachman of Bratslav
pp. 99-117
Author: Persico, Tomer

The quest for personal and inner spiritual transformation and development is prevalent among spiritual seekers today and constitutes a major characteristic of contemporary spirituality and the New Age phenomenon. Religious leaders of the Bratslav community endeavor to satisfy this need by presenting adjusted versions of hitbodedut meditation, a practice that emphasizes solitary and personal connection with the divine. As is shown by two typical examples, popular Bratslav teachers today take full advantage of the opportunity to infuse the hitbodedut with elements not found in Rabbi Nachman’s teachings and to dispense with some elements that were. The article addresses the socio-political rationale at the root of these teachers’ novel interpretation of Bratslav hitbodedut and the ways they attempt to deal with the complications that arise out of their work.

Spirituality under the Shadow of the Conflict: Sufi Circles in Israel
pp. 118-139
Author: Bram, Chen

This article describes the new “field” of Sufi ideas and practices in Israeli Jewish society and analyzes the mutual relations between new Western Sufi influences and traditional Sufi orders of the Middle East. It focuses on the role of the Israeli-Palestinian conflict in this evolving field. While the current rise of interest in spirituality is often described as emphasizing an apolitical approach, the evolving Sufi field in Israel is an example of a field that cannot detach itself from the overarching conflict. Moreover, efforts are made by some of the actors in this field to present Sufism as representing a different Islam and, hence, as a potential bridge between the rival parties. These approaches, as this article shows, have their own complexities and influences on the emerging Sufi field in Israel.
Review Essay

An Intellectual Journey through the Civil-Military Relationship in Israel
pp. 140-145
Author: Michael, Kobi

Alan Craig, International Legitimacy and the Politics of Security: The Strategic Deployment of Lawyers in the Israeli Military

Danielle Gurevitch, Elana Gomel, and Rani Graff, eds., With Both Feet on the Clouds: Fantasy in Israeli Literature

In Conscientious Objectors in Israel, Erica Weiss examines the lives of Israelis who have refused to perform military service for reasons of conscience. Based on long-term fieldwork, this ethnography chronicles the personal experiences of two generations of Jewish conscientious objectors as they grapple with the pressure of justifying their actions to the Israeli state and society—often suffering severe social and legal consequences, including imprisonment.

While most scholarly work has considered the causes of animosity and violence in the Israeli-Palestinian conflict, Conscientious Objectors in Israel examines how and under what circumstances one is able to refuse to commit acts of violence in the midst of that conflict. By exploring the social life of conscientious dissent, Weiss exposes the tension within liberal citizenship between the protection of individual rights and obligations of self-sacrifice. While conscience is a strong cultural claim, military refusal directly challenges Israeli state sovereignty. Weiss explores conscience as a political entity that sits precariously outside the jurisdictional bounds of state power. Through the lens of Israeli conscientious objection, Weiss looks at the nature of contemporary citizenship, examining how the expectations of sacrifice shape the politics of both consent and dissent. In doing so, she exposes the sacrificial logic of the modern nation-state and demonstrates how personal crises of conscience can play out on the geopolitical stage.

Davidson, Roei and Amit M. Schejter. "’Their Deeds are the Deeds of Zimri; but They Expect a Reward Like Phineas’: Neoliberal and Multicultural Discourses in the Development of Israeli DTT Policy." Communication, Culture & Critique 4,1 (2011): 1-22.

We examine how neoliberal and multicultural discourses were employed in the development of digital terrestrial television (DTT) policy in Israel as a case study of the deployment of media technology in a society that is characterized by deep social cleavages and rapid neoliberalization. We conduct a detailed analysis of official documents published over 6 years, including preparatory work, draft bills, parliamentary committee minutes, parliamentary plenary discussions, and the wording of the law enacted in February 2008. This study highlights how neoliberal multiculturalism operates as rhetoric that champions the cultural and economic rights of minorities, while masking policy stances that negate these rights. We demonstrate how this is linked to the composition of the channels eventually included on the DTT platform.