Chyutin, Dan. “‘The King’s Daughter is All Glorious Within’: Female Modesty in Judaic-Themed Israeli Cinema.” Journal of Jewish Identities 9.1 (2016): 39-58.

In the latter months of 2011, the issue of female marginalization within Judaism became the focus of a heated debate in Israeli public discourse. During this period, the national press reported on a variety of incidents involving Judaic exclusionary practices: for example, male Israeli Defense Forces (IDF) soldiers purposely leaving an official ceremony because it involved a female singing performance; ultra-Orthodox men spitting on a thirteen-year-old girl who was dressed ‘indecently’; and women being harassed on buses for not observing gender separation by moving to the back. These and other similar occurrences were denounced by secular politicians and media, and even prominent figures within the observant community spoke against the spread of segregation. Concurrently, Israeli citizens took to the streets on more than one occasion in support of the victims of Judaic discrimination. The social uproar around these events signals a growing awareness within Israeli society of the patriarchal facets of Judaic practice and their control and oppression of women. This understanding recognizes that the Bible, as a text written by and for men, situates women as the quintessential Other, and thus acts as the condition for an institutional marginalization of womanhood that covers all spheres of Jewish religious life. With reference to this state of affairs, the Judaic demand for sexually-based tzniut (modesty), visible in the aforementioned incidents, has become particularly important for Israeli feminist critique. As Shira Wolosky explains, Judaism’s modesty discourse has defined the danger of women as “that of ‘ervah, a nakedness that contains an erotic element and requires covering.” In protection of a supposed male vulnerability, the Judaic world sought to contain this danger by imposing detailed disciplines [on] women, regulating their seating in the synagogue, eating at feasts, and positioning in recreational and education settings, alongside myriad and multiplying regulations of dress, hair covering, greetings, deportment and, in the ultra-Orthodox world, also work spaces and public travel. These measures, which may be collected under the general heading of mechitzah (separation), engender Foucauldian ‘analytic spaces’ that ‘provide fixed positions’ and establish operational links as means of social regulation. As such, they become obvious targets for the feminist appreciation of female subjectivity under Judaism. Cognizant of the oppressive implications of the mechitzah, religious feminist discourse does not call for its abolishment but rather attempts to reinterpret it; for example, by looking at modesty-regulated spaces as offering opportunities for women to express and strengthen a self-conscious identity, or by expanding the purview of modesty to all members of the community so as to help them ‘view themselves [not] according to the images of each other that have been generated through generations of cagey anxiety and misguided notions, but in the far more forgiving gaze of the divine.’ In contrast, Israeli secular feminist discourse, as reflected through the 2011 public debate on female marginalization, has been largely uninterested in such reasoning. Instead, it has defined feminism and Judaism as fundamentally incompatible, and therefore offered the breaking of mechitzah as the only proper solution for the religious woman’s plight. This position did not emerge ex nihilo. Rather, we find it mirrored in the proliferation of contemporary Israeli films that aim, so it seems, to stage scenes where religious Jewish (or ‘Judaic’) women transgress modesty norms in sexual and romantic contexts. As a genre, these filmic texts imagine observant women to be not only the principal victims of Israeli-Judaic reality, but also its primary challengers. Their challenge is seen as originating from a desire for sexual exploration, a desire that is deemed natural and thus inherently in conflict with Judaism’s artificial laws of sexual management. Accordingly, these works place their characters on a collision course with Judaism’s power structures, a process that ultimately necessitates they abandon their religiosity or live in painful tension with it. The goal of the following pages is to evaluate this corpus of media texts as manifesting the current Israeli secular critique of Judaic androcentrism.

Throughout its brief history, Israeli cinema largely ignored Jewish religious identity, aligning itself with Zionism’s rejection of Judaism as a marker of diasporic existence. Yet over the past two decades, as traditional Zionism slowly declined, and religion’s presence became more pronounced in the public sphere, Israeli filmmakers began to treat Judaism as a legitimate cinematic concern. The result has been a growth in the number of Israeli films dealing with the realities of devoutly religious Jews, amounting to a veritable “Judaic turn” in Israel’s cinematic landscape. As of now, this “turn” has received meager attention within Israeli film scholarship. The following, then, addresses this scholarly lack by offering an extensive investigation of contemporary Judaic-themed Israeli cinema.

This intervention pursues two interconnected lines of inquiry. The first seeks to analyze the corpus in question for what it says on the Judaic dimension of present-day Israeli society. In this context, this study argues that while a dialectic of secular vs. religious serves as the overall framework in which these films operate, it is habitually countermanded by gestures that bring these binary categories together into mutual recognition. Accordingly, what one finds in such filmic representations is a profound sense of ambivalence, which is indicative of a general equivocation within Israeli public discourse surrounding the rise in Israeli Judaism’s stature and its effects on a national ethos once so committed to secularism.

The second inquiry follows the lead of Judaic-themed Israeli cinema’s interest in Jewish mysticism, and extends it to a film-theoretical consideration of how Jewish mystical thought may help illuminate particular constituents of the cinematic experience. Here emphasis is placed on two related mystical elements to which certain Israeli films appeal—an enlightened vision that unravels form and a state of unity that ensues. The dissertation argues that these elements not only appear in the Israeli filmic context, but are also present in broader cinematic engagements, even when those are not necessarily organized through the theosophic coordinates of mysticism. Furthermore, it suggests that this cycle’s evocation of such elements is aimed to help its national audience transcend the ambivalences of Israel’s “Judaic imagination.” 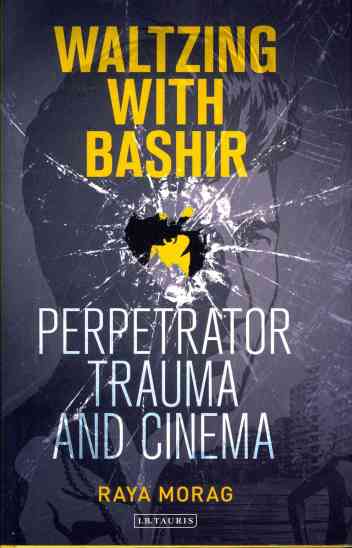 Waltzing with Bashir proposes a new paradigm for cinema trauma studies – the trauma of the perpetrator. Recognizing a current shift in interest from the trauma suffered by victims to that suffered by perpetrators, the book seeks to theorize this still under-studied field thus breaking the repression of this concept and phenomenon in psychoanalysis and in cinema literature. Taking as a point of departure the distinction between testimony given by the victim and confession made by the perpetrator, this pioneering work ventures to define and analyze perpetrator trauma in scholarly, representational, literary, and societal contexts. In contrast to the twentieth-century definition of the perpetrator based on modern wars and totalitarian regimes,Morag defines the perpetrator in the context of the twenty-first century’s new wars and democratic regimes. The direct result of a drastic transformation in the very nature of war, made manifest by the lethal clash between soldier and civilian in a battlefield newly defined in bodily terms, the new trauma paradigm stages the trauma of the soldier turned perpetrator, thus offering a novel perspective on issues of responsibility and guilt.

Such theoretical insights demonstrate that the epistemology of the post-witness era requires breaking deep-seated psychological and psychiatric, as well as cultural and political, repression. Driven by the emergence of a new wave of Israeli documentary cinema, Waltzing with Bashir analyzes the Israeli film and literature produced in the aftermath of the second Intifada. As Ari Folman’s Waltz with Bashir and other new wave films demonstrate, Israeli cinema, attached on one side to the legacy of the Holocaust and on the other to the Israeli Occupation, is a highly relevant case for probing the limits of both victim and perpetrator traumas, and for revisiting and recontextualizing the crucial moment in which the victim/perpetrator cultural symbiosis is dismantled.

Raya Morag is an Associate Professor of Cinema Studies at the Department of Communication and Journalism, The Hebrew University of Jerusalem, Israel.

Introduction
From Victim to Perpetrator Trauma 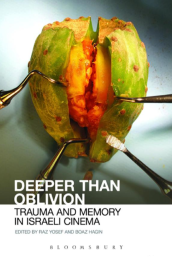 In this collection, leading scholars in both film studies and Israeli studies show that beyond representing familiar historical accounts or striving to offer a more complete and accurate depiction of the past, Israeli cinema has innovatively used trauma and memory to offer insights about Israeli society and to engage with cinematic experimentation and invention. Tracing a long line of films from the 1940s up to the 2000s, the contributors use close readings of these films not only to reconstruct the past, but also to actively engage with it. Addressing both high-profile and lesser known fiction and non-fiction Israeli films, Deeper than Oblivion underlines the unique aesthetic choices many of these films make in their attempt to confront the difficulties, perhaps even impossibility, of representing trauma. By looking at recent and classic examples of Israeli films that turn to memory and trauma, this book addresses the pressing issues and disputes in the field today.

Chapter 1: Sweet on the Inside: Trauma, Memory, and Israeli Cinema Boaz Hagin and Raz Yosef

Chapter 2: Postscript to Israeli Cinema: East/West and the Politics of Representation Ella Shohat

Chapter 3: Gender, the Military, Memory, and the Photograph: Tamar Yarom’s To See If I’m Smiling and American Films about Abu Ghraib Diane Waldman

Chapter 4: The Event and the Picture: David Perlov’s My Stills and Memories of the Eichmann Trial Anat Zanger

Chapter 10: History of Violence: From the Trauma of Expulsion to the Holocaust in Israeli Cinema Nurith Gertz and Gal Hermoni

Chapter 12: Passages, Wars, and Encounters with Death: The Desert as a Site of Memory in Israeli Film Yael Zerubavel

Chapter 13: “Walking through walls”: Documentary Film and Other Technologies of Navigation, Aspiration, and Memory Janet Walker

One of the most striking phenomena in contemporary Israeli cinema is the number of films that explore repressed traumatic events from the First Lebanon War—events that have been denied entry into the shared national past. This essay analyzes Joseph Cedar’s film Beaufort (2007), arguing that the film exposes a traumatic rupture between history and memory. Yet at the same time, Beaufort nostalgically expresses an impossible yearning for lost archival collective national memory.