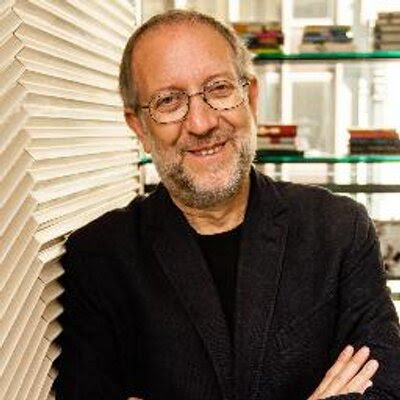 This dissertation examines the effect of twentieth-century “new media” models on literature, in the form of the late twentieth-century wave of literary works in which visual images play a central poetic role. Demarcating this body of works as an independent cultural turn, I label this “the imagetext turn” thus following two groundbreaking terms coined by W. J. T. Mitchell, “the pictorial turn” and “imagetext.” Based on philosophical discussions regarding the egalitarianism behind text and image hybrids (Benjamin, Rancière, Mitchell), and theories of the democratic nature of the novel (Auerbach, Lukács, Bakhtin) and photography (Sontag, Barthes, Azoulay), I focus on the marriage of novels and photographs. The case study for this exploration is three contemporary Israeli novelists: Yoel Hoffmann, Ronit Matalon, and Michal Govrin. Following a survey of the approach towards the visual image in Modern Hebrew literature, I identify their works as comprising the “imagetext turn” in Hebrew literature while marking their importance within a general literary development, primarily through a comparison to W. G. Sebald’s novels. My study of Hoffmann analyzes the web of Others in his novels through the photographic mechanism of the negative, suggesting the juxtaposition of text and photographs in How Do You Do Dolores echoes the Other behind text, place, and language in all his work. In my analysis of Matalon I discuss the double role photographs play in Matalon’s pursuit of postcolonial ideas in The One Facing Us, operating both as “portable roots” and as “poetic immigrants,” thus offering a subversive reading of reality that undermines nostalgia. Finally I show how through an intricate combination of narrative and visual images Govrin creates in Snapshots a literary representation of both the ideals and the blind spots of the 1990s left-wing movement of secular return to Jewish sources in Israel.

As in many previous elections, the issues of peace and security were central to the outcome in 2009. The public’s turn to the right on these issues informed their electoral decisions, giving the parties of the Right a Knesset majority. However, this does not represent a return to the ideological agenda of territorial maximalism. Rather, the ‘New Right’ is focused primarily on security concerns, which it believes should be prioritized over peace diplomacy or further unilateral withdrawals. It operates within the overall ‘neo-centrist’ consensus which solidified in 2006, namely a willingness to make extensive territorial concessions in principle, coupled with opposition in practice due to a complete lack of faith that such concessions will bring Israel peace and security. Aside from this, there was one new and worrying development in the election campaign: the incitement of tension between Israel’s Jewish and Arab citizens around the issue of peace and security.

This study explores the role of al-Mirsad as a newspaper in Arabic in the service of a Zionist party. The assertion advanced here is that al-Mirsad functioned not merely as a mouthpiece of Mapam, but a vehicle of expression for local intellectuals and creators as well. Following a survey of the paper’s origin and character, the discussion focuses on the treatment of Nasser and Arab nationalism in al-Mirsad, comprising a case study of an issue that occupied al-Mirsad and the Arab community in Israel for much of the paper’s existence.

Abstract: If there is any social organization that has provided a powerful illustration of the permeable boundaries between social politics—defined by Stephen M. Buechler as ‘‘forms of collective action that challenge power relations without an explicit focus on the state’’—and social movements, and the role of collective identity in transforming either, as defined for women by Betty Friedan—it would be the Israeli kibbutz movement. The research presented here on grassroots Israeli women activists, a significant proportion of whom had grown up or had lived in a kibbutz, suggests that the social politics of everyday life on a kibbutz facilitated women’s participation in larger social movements for peace, but also placed constraints on their activism. Many of these women had left or were in the process of leaving the kibbutz between 1989 and 1999, when this research was conducted. Those who had already left, and anchor women who organized urban demonstrations, saw the kibbutz as a conservative anti-woman force. Nonetheless, evidence gathered from qualitative interviewing with them suggests that the kibbutzim supported women who were politically active on national issues. Several women-led social protest movements illustrate how the kibbutz geared its members to think about the interplay of the moral and social orders in the small spaces of everyday life.

Omer, Atalia. After Peace: How Does the Israeli Peace Camp Think about Religion, Nationalism and Justice? Ph.D. dissertation. Harvard University. 2008.

The dissertation analyzes the Israeli peace camp and how positions on the questions of the interrelation between religion and nationality relate to the interpretations of justice vis-à-vis the Palestinian predicament. The dissertation studies the ‘visions of peace’ and the ‘visions of citizenship’ articulated by groups as diverse as Peace Now, Gush Shalom, Netivot Shalom, Rabbis for Human Rights, the Israeli- Palestinian Balad political party and the Mizrahi Democratic Rainbow. By drawing on recent scholarship which attempted to link ‘peace’ and ‘justice’ in a meaningful way, this work devises a set of dynamic criteria with which to evaluate each peace platform and its respective interpretation of justice. Challenging the modernist-secularist inclination to interpret ‘nationalism’ as a ‘religion surrogate’ or a structural analogue of religion, the underpinning theoretical point is that religion and nationalism are intricately related and thus cannot be viewed as dichotomous or antithetical. Hence, religious sources, vocabularies, institutions and leadership may function centrally in devising interpretations of culturally embedded secularity in zones of ethnonational contestations –a process which is referred to in this dissertation as the hermeneutics of citizenship.

Likewise, the dissertation emphasizes the critical importance of rearticulating subaltern voices and histories as a central dimension of conflict transformation and peacebuilding efforts. It accomplishes that by highlighting the counter-hegemonic cases of the Mizrahim (the "Arab Jews") and that of Palestinian-Israelis. Both the effort to centralize subaltern counter-narratives (including those of internal victims) and the insistence on the irreducibility of ‘religion’ to ‘nation’ suggest creative potentialities for thinking about questions of peace and justice in contexts of ethnoreligious national conflicts.

The dissertation further argues that the new field of inquiry and practice of ‘religion in peacebuilding’ overlooks the importance of introspecting the nexus between religion, nationalism and ethnicity as articulated and reproduced in zones characterized by ethnonational conflicts. This critique derives from this work’s recognition of (1) the persistent role of religion in the processes of imagining and reimagining the nation as suggested in Anthony Smith’s work on nationalism, (2) the potentially transformative and liberalizing role of ‘state’ institutions in moving away from exclusivist interpretations of nationhood toward increased inclusivity which, according to Anthony Marx’s study, has been the case in western Europe, (3) David Little and Scott Appleby’s notion of the ambivalence of the sacred and the irreducibility of the resources of religion to interpretations of nationalism, despite what might be suggested by nationalist rhetoric and (4) ongoing theoretical conversations which have challenged modernist interpretations of the ‘secular’ as representing the absence or diminishing presence of religion and as subsequently implying a neutral public sphere.

The central contention that emerges out of this scrutiny of the Israeli peace camp is that a just peace to the Palestinian-Israeli conflict would necessitate (1) recognizing Zionism as a root cause of conflict and (2) partaking in a process of reimagining alternative interpretations of the ‘nation’, understood as a ‘political theology’. The two cases of the new Mizrahi discourse and of the Palestinian citizens of Israel were presented in order to underscore (1) why the ideology of Zionism may be viewed as a root cause of the conflict and (2) the structural and ideological interconnectedness between the broader Palestinian-Israeli conflict and questions of social justice within Israel proper, (3) the importance of exploring and reclaiming subaltern counter-narratives in the process of introspecting and reimagining the national ethos,(4) the creative and empowering effectiveness of post-colonial and post-modern theoretical insights in de-naturalizing national claims and perceptions and (5) the relevance of international human rights conventions and theories of multiculturalism to thinking locally through the problem of peace and justice.

[Thanks to John Erlen, University of Pittsburgh for info]