Abstract
Israel figures among the world-leaders in R&D expenditure and has a high-performing scientific community. Since the 1990s it has been associated with the Scientific Policy of the European Union via the European Research Framework Programmes (FP). The cooperation between Israel and the EU in this domain has gradually increased and benefits the scientific communities on both sides. In 2014 the association of Israel to the latest and biggest European FP ever adopted (Horizon 2020) was renewed for the fourth time. Based on all the scientific evidence provided, the elaboration of a European Research Policy can be identified as a highly regulated domain, offering relevant ‘channels of influence’. These channels offer Israel the opportunity to act within the Research Policy system. Being a member of several formal EU bodies in charge of implementing EU Research Policy, Israel is able to introduce its positions effectively. This is accompanied by an outstanding level of activity by Israel in linking concrete EU Research Policy measures to the Israeli Scientific Community at the national level. To carry out this task, Israel relies on an effective organization, which remodels the provided EU structures: European ‘National Contact Points’ (NCPs) are concentrated within the ‘Europe Israel R&D Directorate’ (ISERD). ISERD connects efficiently all the relevant actors, forums and phases of EU-Israeli Research Policy. ISERD can be recognized as being at the heart of Israel’s research cooperation with the EU.

Professional learning communities (PLC) have been widely accepted as effective with respect to good atmosphere, adequate leadership practices, and functional working practices. However, the outcomes for school improvement depend on case-specific issues. To identify less culturally and contextually bound issues in 3 PLC settings in Canada, Finland, and Israel, we examined our cases through the notion of “collaborativeness”. It refers to a systematic and shared process consisting of efforts, ideas, and activities that aim at achieving synergy. By combining the 3 data sets and applying a special model, we were able to distinguish, through qualitative content analysis, ingredients of collaborativeness beyond culture and context that we consider particularly essential. The crucial factor proved to be a dynamic relationship between mutual and deep learning, realized through 5 different ways. We further believe that our results could serve other organizations striving for school improvement in other kinds of cultural and contextual settings.

Excerpt
Indeed, the scientific and technological links between Germany and Israel have provided exciting opportunities for the benefit of the two countries well beyond the narrow confines of scientific activities. The continuation and expansion of these thriving relations demonstrate how science and culture can bridge and overcome bitter experience and memories. The relatively young history of German–Israeli diplomatic relationship serves as a good example on how “science acts as a diplomacy of trust”. Recently, we are witnessing efforts to boycott Israel, and particularly, its academic institutions. As such acts endanger academic freedom, free speech, and human rights, all of us should unite against the destruction of these basic values. Israel and Germany seek the future academic, cultural, and political cooperation with partners from all over the world. After all, it is cooperation that forms the first step towards building a joint future.

Towards a de-Occidentalist perspective on Israel: The case of the occupation

From 1968 on, the state of Israel deployed television as a tool in the service of its ongoing project of reproducing the nation and as a propaganda tool that targeted the population of the newly occupied territories and the Palestinian Arab citizens of Israel. With the collaboration of the scientific elite, the televising of original popular science programs, aired on the sole government-controlled channel at prime time, contributed immensely to these projects. Through these programs, the state disseminated a specific image of the nation’s scientific prowess for popular consumption in the euphoric aftermath of the Six Day War. This article examines the first 20 years of the state’s projects, during which the grip of Zionist collectivism was still strong, the monopoly of the government-controlled channel was not yet challenged, and the programs enjoyed astonishingly high ratings. My examination focuses on the ideology and motivations of the producers; the ways in which the communication elite and the scientific elite, enjoying a position of hegemony, collaborated by disseminating the nation’s accomplishments in both the Arabic and Hebrew programs; and the actual content of the programs at large and specifically that of four episodes of Tazpit, the popular science program of the 1980s. 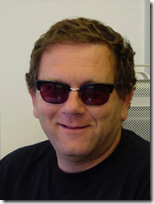 Co-sponsored by the Department of History

The history of Israeli science and technology offers a unique case study of a young and small nation that has developed an unprecedented love affair with science and technology. Unlike other nineteenth-century ideologies, Zionism was never considered to be founded on science. Nevertheless, from the very start, the Zionist movement perceived science, pure and applied, as central to its program of creating a new Jewish society in the Land of Israel. Modern science was to provide twice for the Jews: a relief from their religion and the tools to recover their ancient land from its ruins.  Consequently, after the establishment of the State of Israel in 1948, science and technology quickly turned central to its ideology, politics, culture, economy, and security.

Yael Hashiloni-Dolev, A Life (Un)Worthy of Living: Reproductive Genetics in Israel and Germany. International Library of Ethics, Law and the New Medicine, 34. Dordrecht, the Netherlands: Springer, 2007.