Seventy years have passed since the Holocaust, but this cataclysmic event continues to reverberate in the present. In this research, we examine attributions about the causes of the Holocaust and the influence of such attributions on intergroup relations. Three representative surveys were conducted among Germans, Poles, and Israeli Jews to examine inter- and intragroup variations in attributions for the Holocaust and how these attributions influence intergroup attitudes. Results indicated that Germans made more external than internal attributions and were especially low in attributing an evil essence to their ancestors. Israelis and Poles mainly endorsed the obedient essence attribution and were lowest on attribution to coercion. These attributions, however, were related to attitudes towards contemporary Germany primarily among Israeli Jews. The more they endorsed situationist explanations, and the less they endorsed the evil essence explanation, the more positive their attitude to Germany. Among Germans, attributions were related to a higher motivation for historical closure, except for the obedience attribution that was related to low desire for closure. Israelis exhibited a low desire for historical closure especially when attribution for evil essence was high. These findings suggest that lay perceptions of history are essential to understanding contemporary intergroup processes. 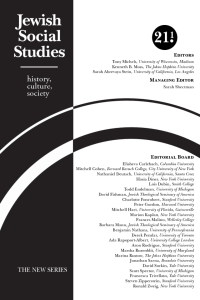 This article reviews an extensive study of Israeli secondary school general history curricula and textbooks since the establishment of the state in 1948 until the present day. By analyzing the way in which Germany is presented in various contexts, the findings of the study indicate that, while the textbooks reflect a shift from an early censorious attitude to a factual approach, the curriculum continues to present national Jewish Zionism as the metanarrative. In this context, Germany is framed as a victimizer.