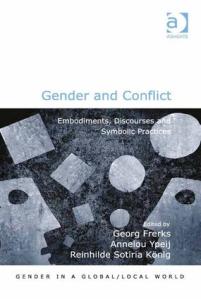 Simons, Jon. “Fields and Facebook: Ta’ayush’s Grassroots Activism and Archiving the Peace that Will Have Come in Israel/Palestine.” Media and Communication 4.1 (2016): 27-38.

Israeli peace activism has increasingly taken place on new media, as in the case of the grassroots anti-Occupation group, Ta’ayush. What is the significance of Ta’ayush’s work on the ground and online for peace? This article considers the former in the light of social movement scholarship on peacebuilding, and the latter in light of new media scholarship on social movements. Each of those approaches suggest that Ta’ayush has very limited success in achieving its strategic goals or generating outrage about the Occupation in the virtual/public sphere. Yet, Ta’ayush’s apparent “failure” according to standard criteria of success misses the significance of Ta’ayush’s work. Its combination of grassroots activism and online documentation of its work in confronting the Occupation in partnership with Palestinians has assembled an impressive archive. Through the lens of Walter Benjamin’s philosophy of history, Ta’ayush can be seen to enact a “future perfect” peace that will have come.

No Trinity: The tripartite relations between Agudat Yisrael, the Mizrahi movement, and the Zionist Organization
Daniel Mahla
pages 117-140

The Shishakli assault on the Syrian Druze and the Israeli response, January–February 1954
Randall S. Geller
pages 205-220

Becoming Israeli: National Ideals and Everyday Life in the 1950s

The Bride and the Dowry: Israel, Jordan, and the Palestinians in the Aftermath of the June 1967 War

Abstract
This article examines the interaction between official memory and popular memory through the case study of Olei Hagardom – Jewish underground fighters executed by the British in Mandatory Palestine. Studies of collective memory usually maintain that the ruling elite, with its control of state resources, dominates collective memory formation. However, the case of Olei Hargardom demonstrates the potentially limited power of institutional commemoration and exclusion in a democratic society. David Ben-Gurion and his government’s attempt to exclude these right-wing heroes from the national pantheon had limited impact. Menachem Begin’s persistent, partisan political efforts to include them were only partially successful. Ultimately, Olei Hargardom became entrenched in Israeli collective memory as a result of apolitical literary works, popular culture, and the establishment of a site of memory by spontaneous, grassroots efforts.

This chapter describes and explains the informal influence of Israeli political culture on the public policy process. I will demonstrate how informal elements are rooted in Israeli society and are an integral part of its public policy and administration. Specifically, the chapter explains the impact of a particular type of political culture, called “alternative politics” in the Israeli literature, on public policy and institutional settings. Alternative politics is based on a “do-it-yourself” approach adopted by citizens to address their dissatisfaction with governmental services. When such a mode of political culture is diffused to all sectors and levels of society, all players, including bureaucrats and politicians, are guided by short-term considerations and apply unilateral strategies that bypass formal rules either through illegal activity or by marginalizing formal rules. Hence, the notion of alternative politics is not confined only to the Israeli experience, as elements of this issue emerge as part of the dialogue about political culture in Arab countries, as well as in other societies around the world.

This article offers an examination of the role of buses in Palestinian protest actions directed at an international audience. These demonstrations occur as part of a post-Oslo strategic shift in which Palestinian resistance has de-prioritised leader-centred negotiations in favour of grassroots mobilisation that directly appeals to international civil society. Given this strategy, the bus is a useful vehicle, both literally and symbolically, for transmitting the message of Palestinian demands for freedom. First, the bus powerfully evokes the triumphs of an earlier generation of activists fighting racial segregation. Second, as a recognisable form of public transportation and mobility, the use of the bus allows Palestinian activists to focus international solidarity on one of the central hardships of occupied life: the denial of the right to freedom of movement, which entrenches the ongoing separation of Palestinians across Palestine.

This study applies a governmentality approach to analyse the European Union’s civil society promotion in the context of the Israeli–Palestinian peace process through the EU’s Partnership for Peace instrument. Contrary to a widespread conviction in earlier academic research, it argues that the EU engagement with the Israeli–Palestinian conflict has political substance, and the Partnership for Peace provides a good illustration of this. The governmentality perspective highlights the power of the technical in guiding civil society towards particular visions, activities and goals. It brings to light a set of supposedly neutral definitions and technical instruments related to project applications and project selection that sort out, promote and link together civil society action in a way that manages and reinforces the existing dynamics of the peace process. The technical brings with it a particular idea of civil society, which is encouraged to assume functions that focus on the management of the outcomes of the conflict rather than striving for a transformative vision of peace based on political deliberation and fundamental change. The use of the governmentality approach not only aims to provide a better understanding of the nature of the Partnership for Peace programme, but also contributes to debates over the theoretical merits of governmentality by applying the approach to peace and conflict research.

Since the end of the Cold War, the quest to spread democracy has become the rallying call of many Western donor agencies. Reflecting this new agenda, new program priorities prevailed that placed greater emphasis on civil society development, civic engagement and gender empowerment. Contrary to expectations, however, many of these programs have often adversely affected existing social movements. Most scholars attempting to explain these unintended outcomes have focused on the impact of NGO professionalization. Examining the Palestinian women’s movement, this article addresses the inadequacy of this explanation and focuses on the political dimension of this discussion by illustrating how Western donors’ lack of understanding of the Palestinian women’s movement and its “embeddedness” in the broader political context served to weaken and undermine this movement. The influx of Western donor assistance in the post-Madrid, post-Oslo era, along with the greater emphasis on Western promoted gender empowerment, undermined the cohesiveness of the women’s movement by exacerbating existing political polarization (that went beyond Islamist and secular divisions) and disempowering many grassroots activists. Effectively, many of these activists were transformed from active political participants involved in their organizations to the recipients of skills and services in need of awareness raising. Findings in this article also speak to current regional developments, especially in light of the current Arab uprisings and the promise of greater Western involvement to empower women in the region.

Benedikter, Roland and Davide Ziveri. “The Global Imaginary, New Media and Sociopolitical Innovation in the Periphery: The Practical Case of an Internet-Based Empowerment Project in Palestine and Israel.” Continuum 28.4 (2014): 439-53.

This paper is concerned with a description of the way in which a particular group of marginalized peoples in Palestine are using digital network technologies as part of a campaign of non-violent resistance to their conditions. It is an engaging story of what is a case study in the way communications technologies are becoming part of broader struggles for liberation not just in the ‘connected’ centres, but also in more isolated areas. The aims of the international empowerment project called ‘Nonviolence 2.0’ are to serve as a forum for developing peace, understanding and tolerance between groups engaged in a long and ongoing conflict. What is significant in it is the use of personal narratives that humanize both sides of the conflict, as well as of mobile technologies to record and reflect conflict by general citizens. The paper deploys some theoretical constructs (such as imagination actions) to frame its – purposefully in large parts rather descriptive than analytic – presentation of this ongoing project.

From (at least) the Balfour Declaration of 1917 right down to the present day, the Zionist-Palestinian conflict has been sculpted by external forces. But never entirely so: grassroots patterns of confrontation have also been vital. This article therefore adopts a “bottom-up” approach to the evolution of the conflict since the early twentieth century.