This narrative offers an alternative Jewish Israeli ‘duration’ of the abduction described by Dalsheim. It agrees that the weight of past experience shapes both present perception and future imagination, reproducing the sense of ‘intractable’ conflict but argues that subjective and collective experience is mediated by what C. Wright Mills called the ‘cultural apparatus’. Taking the case of Israeli Jews who work in solidarity with Palestinian activists, some of whom were raised in extremely right-wing Zionist backgrounds, it shows how subjectivity is shaped by the ‘received interpretations’ of others. More significantly, it shows how this acculturated sense of self can be transcended by the human faculties described by Hannah Arendt as thinking and judging. Drawing upon his own experiences with these activists in the summer of 2014, the author argues as a sign of hope, that thinking and judging enable a divestment of received interpretations of the cultural apparatus, which define and reproduce the conflict as intractable. Sadly, this duration also describes a period when thinking outside the collective became taboo and Jewish compassion for the deaths of Palestinian women and children was vilified and violently opposed by fellow Jewish countrymen and women. With Israel’s cultural apparatus unable to accommodate compassion, there may indeed always be a Gaza War.

Abstract
The European Union (EU) has played an important, yet inconsistent role in the Israel-Palestine conflict since the1980 Venice Declaration. This paper analyses how the EU’s role as a mediator has changed more recently in the Israel-Gaza conflict. Specifically, it examines how the ‘Concept on Strengthening EU Mediation and Dialogue Capacities’ adopted in 2009 and the creation of the European External Action Service and the High Representative by the Lisbon Treaty have changed the EU’s resources and strategies as a mediator as well as how these developments improved cooperation and coordination with other mediators. This analysis is done through a comparison of the EU’s role in the Israeli Operation Cast Lead in 2008/2009 and Operation Protective Edge in 2014. It is argued that the aforementioned changes made the EU a more capable mediator and facilitated internal coordination. However, these changes did not create more resources for the EU as a mediator, rather they changed how the EU used its resources.

This chapter details the major events of the past year, international and domestic, and how they impacted the American Jewish community. Tensions between the Israeli prime minister and the American president, the threat of a nuclear Iran, a war in Gaza, rising Islamic radicalism, and the growth of the boycott, divestment and sanction movement consumed the attention of much of the organized Jewish community. Closer to home, racial unrest in several major cities roiled during the year – and the country awaited a Supreme Court decision requiring recognition of same sex marriage nationwide, a move that liberal Jews sought but which raised concerns among more traditional Jews, particularly those who might be called upon to recognize such unions in their businesses and communities.

Since the IDF’s discovery and detonation of 32 terror tunnels dug by Hamas in Gaza beneath Israeli territory during the course of Operation Protective Edge (2014), the Israeli security agencies are concerned by the potential threat of tunnels across the border with Lebanon and Syria. The ISIS branch in Sinai ‘Vilayet Sinai’ (former Ansar Beit al Maqdis)and jihadi groups in Gaza strip can use tunnels to infiltrate into Israel or “tunnel bombs” against Israeli positions along the borders. Israel has to be ready to deal with sub terrain threats along all its borders and to find technological and operational solutions to the sub terrain strategic threats.

Hemelberg, Stephany. Between the Headlines of the Israeli-Arabic Conflict: The Coverage of CNN and Al Jazeera, BA Thesis. Bogotá: Del Rosario University, 2015.

The purpose of this article is to analyze the coverage made by CNN and Al Jazeera (in Arabic) to operation Caste Lead and the Goldstone Report during 2008 and 2009. This investigation is based in the theory of Qualitative Analysis of Content, by Wildemuth and Zhang. The methodology follows up with the one proposed by the authors in the main theory, complementing it with the Gamson and Modigliani´s Framing theory. The methodology mention above display the different in the coverage development, determined by the geopolitical influences; being CNN more influenced by a Western pro-USA and pro Israeli speech, while Al Jazeera is more prone to support the Palestinian cause, this is the thesis of this article. During the development of the investigation, the thesis was demonstrated to be only partially accurate as CNN was not completely supportive to the Israeli arguments during the coverage, but Al Jazeera did have preferential speech for the Palestinian cause.

This thesis seeks to capture the effects of decline in normative narrative structure about the Israel–Palestinian conflict. By engaging in analysis of Western media, the work illuminates the reliance of Western media coverage on Israeli narrative, and the way in which the media has conditioned Western publics to view the conflict. It argues that, historically, privileging a perception in which Palestinians are primarily defined through an Israeli optic has been key to the dissolution of Palestinian narrative internationally and has diminished the weight of contemporary Palestinian claims in diplomatic process. However, it is argued that the first decade of the 21st century saw a growing critique on how Israel-Palestinian relations are defined.

Accordingly, the project takes as its source material the reports and editorials of three different newspapers during two Israeli assaults on the Occupied Palestinian Territories: Operation Defensive Shield (2002) and Operation Cast Lead (2008–9), to document both the way in which certain kinds of narratives are privileged in portraying the Israel–Palestinian conflict, and the decline in narrative dominance which Israeli narrative had previously enjoyed. Both events occurred at the start of a radically different media age for capturing and disseminating information, which created an environment in which depiction of the operations in Western media could not be received as absolute, but circulated alongside other, contestable, narratives. This expanded traffic of information, and Israeli and Western media’s command over and response to this, evince a growing friction between Israeli-driven perspective and emerging alternatives in mainstream discourse. Thus, this thesis seeks to interrogate the inadequacies of received knowledge about the Israel–Palestinian conflict in the West at a moment in which the edifice of dominant narrative has become untenable, and simultaneously a moment in which new narratives might be advanced with hope of a willing reception.

The thesis concludes by evaluating the impact of, and response to, these operations on narrative about the conflict, and considers how this change in narrative direction since Operation Cast Lead could contribute to transforming the dynamic of Israel–Palestinian relations. It argues that shifts in media representation are indicative of the external pressures which have forced Israel to engage in a battle for legitimacy. It considers how certain discourses, such as securitisation and terror, which have privileged Israeli objectives through a matrix of deflection, could be (re)incorporated into an analytical rather than political framework to transform the current discourse on Israel–Palestinian relations, in particular by enabling the international community to scrutinise Israeli action and hold Israel to account. Finally it considers what effect these signs of narrative transformation could have on Israel’s relations with the Palestinians. However, it is concluded that work towards reconciliation will ultimately require radical shifts in the Israeli subjectivity in order to create a willing partner in Israel for meaningful change.

Israel-Palestine after Oslo: mapping transformations and alternatives in a time of deepening crisis

After Oslo, a paradigm shift? Redefining ‘peoples’, sovereignty and justice in Israel-Palestine

The symbiosis between Palestinian ‘Fayyadism’ and Israeli ‘economic peace’: the political economy of capitalist peace in the context of colonisation

The demise of Oslo and Hamas’s political engagement

The single-state alternative in Palestine/Israel

Organising the Boycott, Divestment and Sanctions movement: the case of the ‘We Divest’ campaign

Solidarity with Palestine from Diné Bikéyah

Taking Risks, or The Question of Palestine Solidarity and Asian American Studies

Borders Are Obsolete: Relations beyond the “Borderlands” of Palestine and US–Mexico

The Islamophobia Industry and the Demonization of Palestine: Implications for American Studies

Zionism and Anti-Zionism: A Necessary Detour, Not a Final Destination

Throwing Stones in Glass Houses: The ASA and the Road to Academic Boycott

This article engages with several pressing issues revolving around ‘citizen witnessing’, with specific reference to the human rights advocacy group, WITNESS. In the course of tracing WITNESS’ development over the past two decades, it offers an evaluative assessment of the challenges its members have faced in promoting a grassroots, citizen-centred approach to video reportage. More specifically, this advocacy is informed by an ethical commitment to advancing human rights causes by equipping citizens in crisis situations with cameras, and the training to use them, so that they might bear witness to the plight of others. In so doing, this article argues, WITNESS offers a tactical reformulation of the guiding tenets of peace journalism, one with considerable potential for recasting anew its strategic priorities.

Labor Zionism, the State, and Beyond: An Interpretation of Changing Realities and Changing Histories
pp. 1-27(27)
Author: Cohen, Mitchell

Does Israel Have a Navel? Anthony Smith and Zionism
pp. 28-49(22)
Author: Berent, Moshe

The Women of the Wall: A Metaphor for National and Religious Identity
pp. 50-70(21)
Author: Lahav, Pnina

The Politics of Emotion: A Case Study of the Israeli-Palestinian Conflict
pp. 113-129(17)
Author: Gold, Dana

The U.S. Role in the Middle East and the Israeli Occupation of Palestine

5 Letters to the Editor

34 Israel and Judaism: Will a Freed Pollarld Become a Hero and Role Model for Israel And Its American Friends?—Allan C. Brownfeld

65 The World Looks at the Middle East—Cartoons

69 ‘Tis the season for Charitable Giving: A Washington Report Compendium

Book Launch: “Political Decision Making and Non-Decisions: The Case of Israel and the Occupied Territories.”

What is Israel’s long term plan with regard to the Occupied Territories? Did Israel ever have a clear plan? Examining Israel’s historic relationship with and political decision-making process towards the Occupied Territories, it becomes evident that successive Israeli governments lacked a coherent long term policy. Instead, successive governments implemented a number of ad-hoc and at times conflicting approaches. This lack of a clear approach had a detrimental effect not only on Israeli politics and society, but also on the Middle East in general, and on the Palestinian people in particular. Crucially to understanding the current Israeli-Palestinian crisis, the lack of a coherent long term policy is still a central feature of Israeli politics today.

Bio: Ronald Ranta is a lecturer in politics and international relations at Kingston University London.

This event is free and there is no need to book 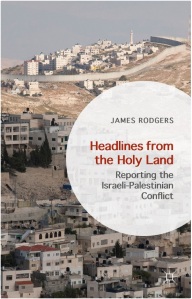 The book will be of key interest to scholars and students of political science, international relations, EU politics, EU foreign policy-making, Middle East studies and the Israeli-Palestinian conflict.

Benedetta Voltolini is Lecturer in International Relations at the Department of Political Science, Maastricht University, the Netherlands.

Gaza 2014: The Collapse of a Control Model
Lev Grinberg

The War with Gaza Did Not Take Place
Ofer Cassif 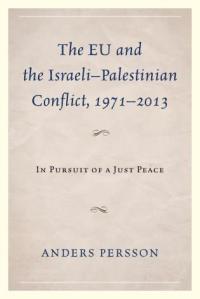 Acknowledging the Other’s Suffering: A Psychoanalytic Approach to Trauma in Israel/Palestine

The Spiritual Dimension of Social Justice: Transforming the Legal Arena

The Poetry of a Jewish Humanist