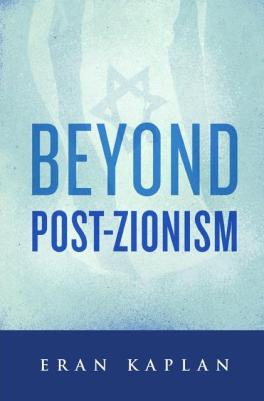 Post-Zionism emerged as an intellectual and cultural movement in the late 1980s when a growing number of people inside and outside academia felt that Zionism, as a political ideology, had outlived its usefulness. The post-Zionist critique attempted to expose the core tenets of Zionist ideology and the way this ideology was used, to justify a series of violent or unjust actions by the Zionist movement, making the ideology of Zionism obsolete. In Beyond Post-Zionism Eran Kaplan explores how this critique emerged from the important social and economic changes Israel had undergone in previous decades, primarily the transition from collectivism to individualism and from socialism to the free market. Kaplan looks critically at some of the key post-Zionist arguments (the orientalist and colonial nature of Zionism) and analyzes the impact of post-Zionist thought on various aspects (literary, cinematic) of Israeli culture. He also explores what might emerge, after the political and social turmoil of the last decade, as an alternative to post-Zionism and as a definition of Israeli and Zionist political thought in the twenty-first century.

Eran Kaplan is Richard and Rhoda Goldman Chair in Israel Studies at San Francisco State University. He is the author of The Jewish Radical Right: Revisionist Zionism and Its Ideological Legacy and coeditor (with Derek J. Penslar) of The Origins of Israel, 1882–1948: A Documentary History.

2. Amos Oz and the Zionist Intellectual

3. East and West on the Israeli Screen

4. Herzl and the Zionist Utopia

5. The Legacies of Hebrew Labor