The article is a first attempt to systematically assess the impact of leaks on Israeli decision-making. Five major cases were studied on three levels: whether leaks affected the process, policies adopted, and outcomes. Leaks had a strong impact in two cases, but not on the policies adopted, or outcomes, in any of the cases analyzed. As a tentative conclusion, most leaks are about Israel’s broad strategic thinking and the politics thereof, rather than hard information. The primary impact is on process, important in itself, not substance.

Wars of the Wombs: Struggles Over Abortion Policies in Israel (pp. 1-26)

‘Re-orient-ation’: Sport and the Transformation of the Jewish Body and Identity (pp. 53-75)

The Test of Maritime Sovereignty: The Establishment of the Zim National Shipping Company and the Purchase of the Kedmah, 1945–1952 (pp. 110-134)

The Mizrahi Sociolect in Israel: Origins and Development (pp. 163-182)

Review Essay: The Theoretical Normalization of Israel in International Relations(pp. 183-189)

[Reviews  of: The Political Psychology of Israeli Prime Ministers: When Hard-Liners Opt for Peace, by Yael S. Aronoff; Why Hawks Become Doves: Shimon Peres and Foreign Policy Change in Israel by Guy Ziv] 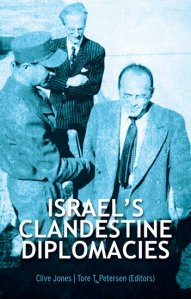 Dr. Agha is Senior associate of Oxford University’s St. Antony’s College. Over the past several years, he and Robert Malley have attracted wide attention for their articles on the Palestinian-Israeli conflict in The New York Review of Books. Dr. Agha has also co-authored three books with Ahmad Khalidi: A Framework for a Palestinian National Security Doctrine (2006), Track-II Diplomacy: Lessons from the Middle East (2004) and Syria and Iran: The Durable Alliance (1995). He splits his time between London and Beirut. He was interviewed in London by Roger Gaess, a freelance journalist.

This article presents the main reasons for the gradual decline, and eventually the marginalization, of the Labour Party. It starts with a general discussion of the decline of dominant parties in democratic political systems followed by a review of Labour’s decline. Then it proceeds to analyze in detail the reasons for Labour losing its centrality in Israeli politics. The article concludes with a few thoughts about the future of Israeli politics.

On 26 October 2008 President Shimon Peres called for new elections. The Knesset was dissolved on 11 November. Three candidates claimed that they were in the running for prime minister: Livni, Netanyahu and Barak. The election campaign would focus more on individuals than on parties. The security issue took high priority in the elections. A major issue throughout the campaign was the position of the leading parties on the establishment of two states for two peoples as part of a peace agreement. The internet became a major tool in the campaign. On the morning of 27 December, the IDF began a war in the Gaza Strip, which Israel called Operation Cast Lead. The major parties agreed to suspend their campaigns until the end of the war. Kadima’s victory with 28 seats came as a surprise. The Likud came second with 27 seats, having lost voters at the end of the campaign to the third largest party Yisrael Beiteinu, which ended up with 15 Knesset seats. Looking back at the election campaign one can best define it as a broken and shortened one.