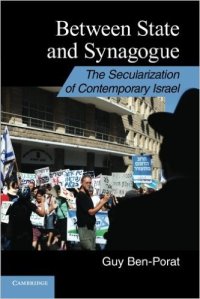 State Responsibility Rules provide illegally implanted settlers with protection that is weaker but broader than that they enjoy under international human rights law. International human rights law may prohibit the repatriation of certain settlers. Such protection is not available under State Responsibility Rules. Yet, the interests of individual settlers may support an occupant being exempt from its obligation to dismantle illegally established settlements even if international human rights law allows this measure. Such exemption neither depends on the contours of human rights contained in international human rights treaties of which the occupant is a signatory, nor does it have to be justified under a strict balancing-ofinterest analysis. Rather, State Responsibility Rules exempt an occupant from eliminating the consequences of its illegal conduct whenever such measure would entail the forceful eviction of a large number of individuals from their homes. Israel is therefore allowed, but is not required, to repatriate the settlers it has transferred into the Arab territories it occupies. The absence of a duty to repatriate the settlers allows for a strong argument in favor of including nonrepatriation within the sphere of interests that Israel may legitimately promote in negotiating the end of occupation.

This article discusses the bilateral ties that have been forming between Israel and its periphery – that is, Greece, Cyprus, Azerbaijan and South Sudan – and draws a comparison to Israel’s previous relations with Iran, Turkey and Ethiopia. It considers the contribution of those partnerships at the security-intelligence and economic level and suggests its potential impact in the political arena. This research concludes that, despite the dividends that can be gained from security, economic and energy cooperation, its value compared to that of its predecessor is lower based on their instability, domestic issues and lower levels of regional or international influence.