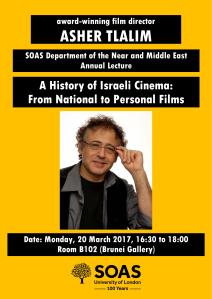 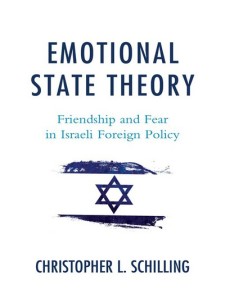 This book develops “emotional state theory” as a new contribution to international relations theory (IR). The text addresses the State of Israel vis-à-vis the rest of the world. The rationale for this research perspective stems from the trajectory of Israeli state-building since its foundation in May 1948 to the present date. This trajectory is constructed reflecting the trauma of the past and dreams about the future. Both contribute decisively to a better understanding of the current image and position of the state of Israel. The reference builds on two great Jewish thinkers’ works, Theodor Herzl and his book The Jewish State and Sigmund Freud’s The Interpretation of Dreams.

The author argues that despite the fact that both never met, taken together their ideas lend themselves to shed light on and offer an explanation for Israel’s troubled and uncertain position in current international relations. The resulting question underlying this work on the emotionality of states and its impact on international relations is therefore “whether Israel is still in a process of dreaming” and whether it is therefore to be understood a “state which has not yet woken from the trauma of the Jewish past. Not a dream’s fulfilment of an end of the Diaspora, but a nightmare based on this experience.” Drawing on these two parallel and rather influential texts, Schilling rephrases the leading questions of this book as this: “Has Israel developed an understanding of itself which sees the country as a modern state among the nations, which is dealing with its neighbors, or rather, does Israel understand itself more as being like a ghetto that is still surrounded by a hostile world? Has Israel become a strong, self-confident country, or has it continued with the nervousness of the Diaspora Jews to become a state with an emotional problem?”.

This article reports results from a qualitative study of Israelis living in Germany, focusing on their traumatized national habitus. The study is based on 80 in-depth interviews and on replies of more than 100 respondents to an online questionnaire. The present article focuses on one specific aspect of the Israeli traumatized habitus: ‘the wounded eye and the scratched ear’. Specifically, it explores the ways by which the trauma of the Holocaust is inscribed in Israeli senses. It details how respondents’ eyes, ears and thoughts are activated by German mundane episodes, linking day-to-day experiences to the trauma of the Holocaust. Trains, suspect on-boarding Israelis, might end up in Auschwitz; snow brings up associations of the death marches; old people are perceived as Gestapo officers; and contemporary child-rearing practices ‘explain’ to Israelis the obedience and collaboration of ordinary Germans with the Third Reich. Using thick description from the interviews I expose the suspicious Israeli habitus – which always looks for ‘signs’ that might explain what happened in Germany 80 years ago.

The present paper extends recent studies of national character – suggesting that the Israeli case revolves around a set of deep cultural codes which constitute various empirical manifestations. Broadening on this re-emerging paradigm, the study provides a specific case study of a major trait of Israeli national character, namely existential anxiety and fear of annihilation. It does so while advancing the idea that cultural trauma sets a context for Israeli national character. The analysis shows that Israelis constantly reference persistent and endemic existential fears of annihilation. They do so while tying together four levels: the mythological predicament, historical evidence, contemporary threats and future risks.