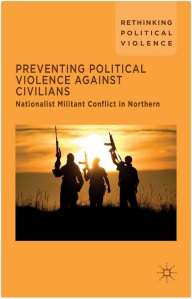 This article examines the patterns and political implications of Jewish settler violence and vigilantism in the Occupied Palestinian Territories. Rather than viewing these attacks as deviant social behaviour and a by-product of the political chaos in the West Bank, this article sees settler violence as an informal political mechanism that structures and reproduces political control in the service of the state. The analysis presents the structural and agential dimensions of this mechanism, and evaluates its political significance in the overall Israeli control system in the Occupied Palestinian Territories. It concludes that the informal cooperation between the settlers and the Israeli soldiers represents a unique instance of state collusion and vigilantism, wherein the very same structural forces that undermine state authority also generate casual mechanisms that compensate it.