The Politics of Defining Jews from Arab Countries (pp. 1-26)

The Construction and De-construction of the Ashkenazi vs. Sephardic/Mizrahi Dichotomy in Israeli Culture: Rabbi Eliyahou Zini vs. Rabbi Ovadia Yosef (pp. 182-205) 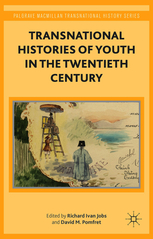 In 1956, a small number of young Argentine Sephardi men and women decided to ‘take over’ a building that belonged to Or Torah — the Congregation of Damascene origin in Barracas, a neighborhood in the south of Buenos Aires. One Saturday evening, they walked with enough supplies to last them a few days into a house used by older members to play dominos and cards. While one group remained in the building, a delegation walked around the neighborhood, including the coffee houses (the famous Bar de los Turcos among them) where many of the congregation’s leaders sat discussing the events of the week, and distributed printed flyers with the words: ‘We have taken over the club’. After spending the night in the building, and following a violent altercation with members of the communal leadership featuring flying chairs and the singing of the Hatikva (the Israeli national anthem), the youth group was granted permission to use the space for its own activities. ‘We introduced Israel, Israeli dance, culture, and much more [to the young members of Or Torah]’, said one of the rebels. ‘In fact’, another member recalls, ‘we succeeded — through the activities we devised — in bringing back to Judaism a large number of people who had stopped attending the synagogue services all together’.