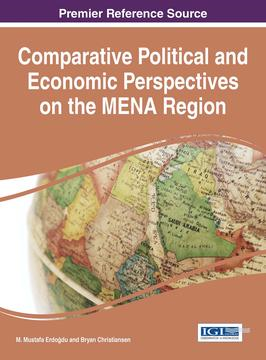 In the middle of the winter of 2010 the “Spring of the Arab Nations,” suddenly erupted without any warning all over the Middle East. However, the momentum of the uprisings was impeded rather quickly, and the hopes held out for the “Spring of the Arab Nations” turned into frustration and disappointment. While many Israelis were focusing their attention in surprise, and some, without a doubt, with concern as well, on what was happening in the region around them, suddenly, in Israel itself, at the height of the steamy summer of 2011, an “Israeli Spring” broke out. The Protesters were young Israelis belonging to the Israeli middle class. Their demands revolved around the slogan, “Let us live in our land.” However, similar to what happened in the Arab world, the Israeli protest subsided little by little. The hassles of daily life and security and foreign affairs concerns once more became the focus of the public’s attention. And so the protesters’ hopes were disappointed, and Israel’s political, economic, and social order remained unshaken.

Voller, Yaniv. “From Periphery to the Moderates: Israeli Identity and Foreign Policy in the Middle East.” Political Science Quarterly 130.3 (2015): 505-35.

In short, then, aspects of continuity in Israeli foreign policy have been far greater than what most analysts and commentators have assumed. Even more importantly, they have been as great, or even greater, than aspects of change. The moderate axis conception has meant that different actors now assume different roles—past radicals have now turned into the moderates. The center, in turn, has been occupied by a new force: radical Islamism. This new threat has steered the Middle East into a new era of uncertainty and struggle. Nonetheless, the essence of the periphery doctrine has survived the transitions. In spite of shifts in the regional balance of power and the new political dynamics, of which Israel has been an inseparable part, Israel still views itself as a peripheral actor, facing constant pressures from the center. The moderate axis conception embodies this as the moderate regimes have come to be seen in these terms as well.

The still-unfolding events of the Arab Spring mark a turning point in regional geopolitics. As violence still rages in Syria, and as the Egyptian army struggles to consolidate its power vis-à-vis the various Islamist factions in the country, it is still hard to envision the future political map of the Middle East. Nevertheless, we can assume that some important changes may take place. Israel may be slow to respond to such changes, as happened in the transition from the periphery doctrine to the moderate axis conception. Or it may learn the lessons and quickly reassess its old commitments and agendas. If there is one thing we can learn from Israel’s policymaking and its responses to changing regional threats, it is that the actions and decisions of Israeli foreign policymakers will continue to be percolated through its identity and self-perception. Whether these are going to change is as difficult to determine as the future of the Middle East.

This article analyses Israel’s foreign policy response to the ‘Arab Spring’ in comparative perspective. Following the analytical framework shared by all contributions to this Special Issue, the article addresses four main dimensions in as many parts. Part I examines Israel’s initial reactions to the advent of the popular upheavals and regime changes in the Arab world in 2011–2014 and explores how those reactions have evolved over time. Part II identifies Israel’s main policy objectives in relation to events in the region and particularly its immediate neighbours: Egypt, Jordan, Syria and Lebanon. Part III examines the instruments which Israel has used, and eschewed, in pursuit of its policy objectives. Finally, part IV undertakes a theoretically informed analysis with the aim of explaining Israel’s distinctive strategic posture and policy responses to the events of the ‘Arab Spring’ thus far.

Leech, Philip. “Who Owns ‘The Spring’ in Palestine? Rethinking Popular Consent and Resistance in the Context of the ‘Palestinian State’ and the ‘Arab Spring’.” Democratization, published online April 29, 2014.

The Palestinian Authority’s (PA) claim to embody the spirit of the “Arab Spring”, through its recent “state-building” agenda – including its elevation to “non-member observer status” at the United Nations – is disingenuous. This conclusion rests on three key arguments outlined in this article. First, this article identifies a continuation of broader patterns of authoritarianism represented by the PA’s lack of adherence to democratic practices, the deprivation of access for the Palestinian population to basic resources and the wider issue of the continued absence of Palestinian sovereignty. Second, it identifies the intensification of some authoritarian practices within Palestine, particularly in the areas of security and policing, for example by the use of force against protestors. Finally, this article identifies that civil-society groups and opposition supporters throughout 2011–2012 have more genuinely embodied evidence of resistance to authoritarianism in popular demonstrations against the PA.

Israeli–Palestinian cooperation on healthcare initiatives demonstrates the potential for progress toward peace through nongovernmental partnerships while formal government negotiations falter. Health interventions create space for opposing groups to engage peacefully and collaboratively, but disagreement persists about the politicization of humanitarian assistance. Together with other sectors of society, the healthcare community can contribute to achieving and maintaining peace between Israelis and Palestinians as part of a multitrack peacework strategy. The Arab Spring’s revitalization of democracy and civil society throughout the region creates opportunities for broad-based, civilian-motivated movements for change. Drawing on events during the 2008–2009 Gaza War and experiences with various healthcare programs, I describe three mechanisms by which peace can be advanced through health initiatives and review what evidence is available to support this approach.

Monterescu, Daniel and Noa Shaindlinger. “Situational Radicalism: The Israeli ‘Arab Spring’ and the (Un)Making of the Rebel City.” Constellations 20.2 (2013): 229-53.

The display of unity in protest however was semiotically and politically
unstable, inviting moments of radical intervention (like the
Guillotine) only to disavow them as moments of transgression,
inappropriate for a “responsible” leadership. This fluctuating process,
which we term situational radicalism, was the outcome of an indecisive
play of boundaries, of presence and absence, inside and outside. The
double meaning of the concept of situational radicalism reflects the modus operandi
of the summer protests first as a performance of radicalism divorced
from a revolutionary constitution; and secondly, as a protest held
hostage by the ‘situation’ (ha-matzav) – a phenomenological
emic term Israelis use to collapse the temporality and spatiality of the
politics of permanent conflict onto the lived present.