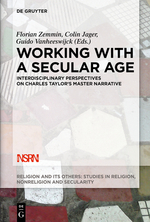 Some people on the ground in Israel/Palestine have begun thinking and acting in ways that pose challenges to the “sovereignty” component of the episteme of people/territory/sovereignty that underlies the modern nation-state. These challenges are sometimes considered unconventional, sometimes crazy. Sometimes these kinds of actions are called visionary, but other times they are categorized as criminal or treasonous. I will focus on just three examples – each of which poses a different challenge to what is generally thought of as popular sovereignty. Those who pose these challenges fall outside the norms of the modern social imaginary Taylor represents, and outside the boundaries of conventional peacemaking. They pose threats to the moder order of nation-states in which peace is expected to take place and may therefore be considered “spoilers” of peace.