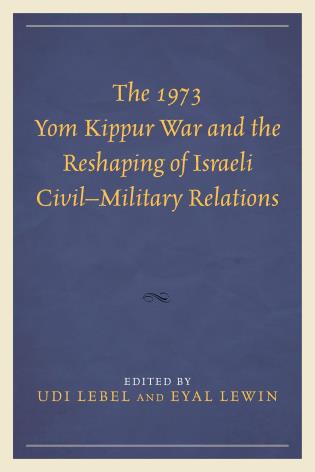 The 1973 Yom Kippur War did not only have external implications on Israel, but also some dramatic internal implications, particularly with regards to the civil-military relations as well as the fields of psychology and political sociology. To this day, the consequences of this war are still prevalent in Israel, in terms of drafting security policies and the military doctrine.
After the war, new identities were formed in the Israeli civil society, which began to function as active agents in shaping security policy. These players are not a unique Israeli case, yet their actions in Israel serve as a case study that illuminates their significant impact in other countries as well. This is due to the fact that the “Israeli Laboratory” is a liberal democratic society living with an ongoing conflict; it has a mandatory army that is sensitive to fluctuations in public opinion, culture and the media; and issues of national security and military conduct are always a top public concern.
Consequently, this book examines the rise of five identities and agents that were formed after the 1973 War and highlights the effects they had on the formation of Israeli defense policy from then on. The book also clarifies the importance of exposure to these agents’ activities, referring to the psycho-political social factors that may actually dictate a state’s international policies. It therefore forms a study that connects sociology, political psychology, international relations, the field of culture studies and studies of strategy planning. Thus, the book is of interest to both the domestic-Israeli field of research and to the global scholarly discourse, particularly to academic disciplines engaged in civil-military relations (political sociology, political science).

UDI LEBEL is associate professor and chair of the Department of Sociology and Anthropology at Ariel University.

EYAL LEWIN is assistant professor at the Department of Middle Eastern Studies and Political Science at Ariel University.